Pretoria, South Africa — ESI-AFRICA.COM — 15 December 2010 – South Africa and oil-producing Angola have taken a step away from decades of friction by signing an energy deal during the first state visit of Angola’s long-standing leader to South Africa.

Reuters reports that South Africa is looking for new sources of oil to help power the continent’s leading economy, and has eyed Angola “’ Africa’s second-biggest oil producer “’ as a potential new supplier.

On the first visit to South Africa during his three-decade rule, Angolan President Jose Eduardo dos Santos said he was open to new forms of cooperation. “Angola is open to new partners that can become investors,” he said at a joint news conference. “South Africa has shown interest,” he added.

As part of the visit, the two countries signed a memorandum of understanding to step up cooperation in the energy field. Officials said the deal’s specifics would be worked out later.

South Africa’s presidential office issued an official correction to a statement it had previously sent to remove reference to an energy cooperation deal being signed between PetroSA and Angola’s Sonangol.

The two state energy companies have been in talks on construction of a crude oil refinery in the coastal town of Lobito. Once constructed, the refinery is expected to produce around 200 000 barrels of refined oil a day. Angola’s sole 37 500 barrels per day (bpd) plant covers only 30% of domestic needs.

South Africa has said it needs to build a refinery soon to replace ageing plants and reduce its reliance on imports.

Angola’s crude exports peaked near 1.9 million bpd earlier this year. but maintenance and production glitches pulled this back to below 1.7 million bpd in the third quarter, according to data collected from trade sources.

By comparison, Nigeria is Africa’s top oil power, producing above 2 million bpd. Angola, which relies heavily on oil revenue to build its economy, fund its state budget and pay off external debt, has been trying to increase production. 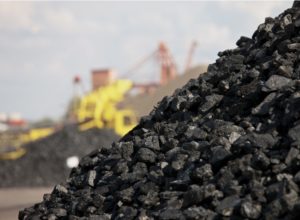