By Eckart Zollner, Head of Business Development at EDS Systems

In pursuit of reducing greenhouse gas emissions, various countries have adopted the practice of carbon trading while others like South Africa have implemented a carbon tax as a corrective means to make carbon-intensive industries more environmentally conscious.

These two frameworks are intended to compel enterprises to acknowledge their effect on the environment and encourage change; but does one system work better than the other? It is important to acknowledge that while both (carbon tax vs carbon trading) have their advantages and disadvantages, they’re both sides of the same coin.

As such, it is imperative to focus on how organisations can ensure that they’re realistically transforming their operations to lower their emissions instead of getting distracted by which is the best theoretical way to do so.

Carbon trading works by setting a blanket limit or cap on the number of emissions allowable from significant carbon sources. Once this overall limit has been determined, governments then issue permits for the limit that acts as credits.

These credits can be traded with other companies in the sector and by reducing its own carbon output significantly, a company can then trade the excess on their permits.

However, where a company is unable to cut down their emissions, it may have to purchase additional permits to account for the difference. Part of the appeal of this framework is that as the limit is gradually reduced the number of credits is reduced, which will compel companies to adjust their operations to pollute less.

On the other hand, carbon tax is a form of carbon pricing that sees a tax applied to carbon fuels or the output of carbon-intensive processes, placing a financial burden on entities that pollute. In this framework, companies have a choice: pollute and pay the tax or reduce emissions to avoid tax.

To meet our obligations in terms of the Paris Accord, the South African government has begun implementing the Carbon Tax Act which makes provision for a phased rollout of tax liability for carbon-intensive industries.

One of the advantages of using carbon tax is that it represents a quantifiable source of revenue generation that can be controlled by government, along with providing an incentive to avoid the tax by reducing emissions.

Furthermore, by making businesses and consumers alike aware of the environmental costs of production, consumption and investment decisions as they relate to emission initiatives, enterprises can be encouraged to adopt cleaner technologies and consumers can make more sustainable choices in how they spend their money.

The Carbon Tax envisages an incremental approach to imposing carbon tax liability, which is divided into three phases. In the first phase (which runs until the end of 2022), scope 1 emitters will be liable to pay carbon tax for direct emissions from an owned or controlled source, such as emissions produced during the burning of fossil fuels.

Whilst the Act imposes a tax liability it also provides relief in the form of emission allowances that range from 60 – 95% in the first phase. For example, there is a permissible basic tax-free allowance of 60% for all activities.

For companies that use carbon offsets, it is possible to reduce their tax liability by up to 10%, and a further 5% budget allowance is given simply for meeting the Act’s reporting requirements. A further 10% allowance makes provision for trade-exposed sectors that might be liable to pay a carbon levy on import/export transactions.

Read more:
Op-Ed: Time for freight industry to hit the road and lower…

Quantifiable thanks to technology

When it comes to quantifying carbon output, it is no longer a guessing game. Thanks to locally developed carbon tax analytics software, it is possible for organisations to accurately calculate and visualise their carbon footprint.

In order to evidence compliance with the Carbon Tax Act, a carbon analytics tool can be used to generate an automated, accurate report that details emissions by source. All it takes is for someone to input the process or emissions data into the software, in order to obtain an exact tax liability amount and a clear picture of the carbon footprint of the entire organisation.

Once enterprises have a clear understanding of where their major carbon tax liabilities lie, they’ll be able to strategise on implementing carbon reduction frameworks across the value chain in a manner that properly acknowledges the urgency in reducing the carbon footprint of everything manufactured, traded, transported and consumed around the world. 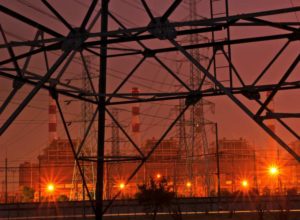