Conakry, Guinea — ESI-AFRICA.COM — 20 January 2012 – At least one person was killed and more than 30 were injured as Guinean soldiers fired on a crowd protesting against electricity cuts in the port city of Kamsar, north of the capital city of Guinea.

An official from the Guinean Bauxite Company (CBG), which provides electricity to the town, said violence had erupted leaving at least one dead from a bullet wound after soldiers had opened fire on the protesters.

The CBG is Guinea’s largest mining company and the world’s biggest bauxite exporter.

Local residents and company officials spoke up, describing the violence. Amara Bangoura “’ a resident of the town, which is located some 300km from Conakry “’ said local authorities had called in the army to bring the protesters under control.

“At least 33 youths and security forces were injured,” said another resident, Seydouba Bangoura.

He said hundreds of people, mostly students, had poured into the streets in a spontaneous downtown protest to show their frustration, throwing stones at official vehicles and public buildings.

The police station and paramilitary headquarters in the town were vandalised and vehicles were set on fire, a police officer reported.

Water and electricity cuts are frequent in Guinea, where an overwhelming majority of the population lives in poverty despite the country’s rich mineral resources of bauxite, iron and gold. 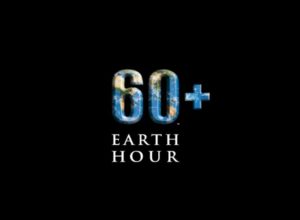 Earth Hour 2020 to be observed virtually due to COVID-19