26 April 2013 – Integrated Medical Industries Limited (IMIL), a Nigerian medical equipment maker, has contracted with Clarke Energy to install a captive power plant on the front line of the battle against malaria and AIDS.

The manufacturing plant is the first World Health Organisation (WHO) performance quality safety (PQS) pre-qualified plant in western sub-Saharan Africa. This plant will manufacture syringes and other medical supplies destined for the west and central Africa markets. The 14 MW power plant will feature the first three 24-cylinder stationery gas engines from GE in sub-Saharan Africa.

The combined heat and power (CHP) plant will ensure reliable, economical supplies of electricity and heat. The new facility comes at a crucial time in Africa’s fight against malaria and other infectious diseases. According to the WHO about half the world’s population is at risk of malaria, HIV/AIDS and infectious diseases. In 2010 there were approximately 216 million malaria cases and 0.7 million estimated deaths. People living in poor regions are at most risk from malaria.

The Pan African Health Foundation (PAHF), with the sponsorship and collaboration of the Rivers State government, recently began implementing the US$275 million, integrated medical industries project. PAHF operates an existing equipment production facility at the IMIL site, which is licensed by the WHO to produce both products.

Reliable power supplies are essential for the smooth operation of the medical devices plants. Interruptions in the supply of power can damage production batches destined to treat these infectious diseases. Demand for electricity in Nigeria is high and the national grid has a challenge meeting this demand. Nigeria’s gas distribution network is growing however, and can now deliver gas to industrial facilities in Port Harcourt. Gas as a fuel for the production of electricity offers significant cost savings over diesel, with the additional capital expenditure typically being paid off between 12 to 18 months.

The captive power plant will be embedded within the manufacturing facility and will operate in island mode. Natural gas supplied from Nigeria’s growing gas distribution network will provide reliable supplies of fuel for the syringe plant. This will also help to contribute to the Nigerian government’s ambitious targets for the development of electrical generation infrastructure in the country. The gas will be converted at high efficiency into electricity and useful heat via combined heat and power technology and will have significant environmental benefits over diesel generation. In addition the plant will feature the first three of GE’s 24-cylinder Jenbacher gas engines to be installed in sub-Saharan Africa. GE’s J624 is the world’s first 24 cylinder gas engine and is characterised by high efficiency and reliable performance.

A total of three of GE’s J624 engines (4.0 MWe each) and one J612 (2.0 MW) will be installed providing a total of 14.093 MW of electrical power for the facility. In addition the plant will be configured for combined heat and power, recovering thermal energy from the exhausts of the J624s to raise steam in a boiler. GE is scheduled to deliver the gas engines in the third quarter of 2013.

Amenya Wokoma, project director/CEO for IMI says, “We selected Clarke Energy and GE’s Jenbacher gas engines following a comprehensive assessment of technology options. We are confident this will deliver reliable supplies of power to our production plant.” 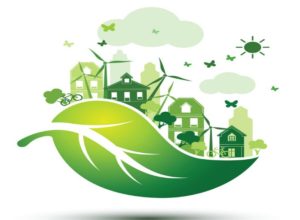 ECOWAS region: Call for the development of waste to energy projects