Global energy company, General Electric, has pledged to assist local Nigerian IPP firm, Bresson AS, in its plans to provide 500MW to the national grid by 2017.

Local media, This Day Live reported that over the past weekend the managing director of Gaspower Systems, Mohammed Mijindadi, made the announced during Bresson AS’ working visit to Nigerian Vice-President, Yemi Osinbajo.

“The project has tremendous economic value, and that is why GE Capital is involved in structuring finances for Bresson’s 500MW project,” Mijindadi said.

Last week, in light of Nigeria’s gradual decline in power generation, Bresson AS stated that the company intends to add the mentioned megawatts in efforts to boost the country’s power supply.

In recent reports, the Nigerian federal ministry of power stated that electricity generation is gradually declining because of gas supply challenges.

Confident about Bresson’s competency, Gbenga Olawepo-Hashim, the firm’s chairman, assured the vice president that the megawatts to be generated would come from Bresson initiatives and its Magboro power plant in Ogun state.

[quote]Hashim also noted that the capacity, which will be available in phase one from Q2 of 2017, will account for 10% of the current available national capacity.

He further applauded the present administration for removing bottlenecks associated with signing of power purchase agreements, adding that the minister of power has already approved the agreements without delay.

Osinbajo said: “We shall support you and other genuine investors with a recognisable footprint [in Nigeria], but we shall monitor you closely to ensure you adhere to your schedule.” 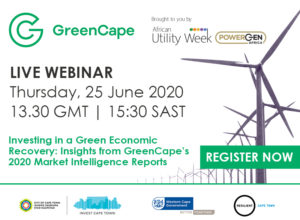