In a statement issued here, the company said copper cable theft cost the South African economy more than R5-billion a year in losses incurred by service providers such as Eskom, Telkom, Transnet and municipalities. Indirect costs such as labour to replace cable, downtime and logistics more than doubled this amount. Then there were the costs of business and production losses that reduced profit in commerce and industry.

Aberdare Cables corporate planning manager Conrad Schmidt said that over the past year the company had invested heavily in cable theft prevention technology, and had developed a range of solutions to effectively combat the problem.

“Cable theft and the consequent interruption of power supply to commerce and industry has led to major negative economic impacts in the form of increased costs and reduced profits,” said Schmidt.

“Our response has been to develop technologies that halt physical cable theft, and other technologies that ensure that if cable is stolen it can be identified – who manufactured it and to whom it was sold – information that is essential for successful prosecution of those involved in the theft and re-sale.”

In the identification of stolen cable, Aberdare has developed, together with its technology partners, two solutions that suit different applications to stop cable theft and eliminate the costs associated with business interruption, down-time and cable replacement.

A member of the Powertech group, Aberdare Cables is implementing these cost-effective technologies in its cable manufacturing operations in Johannesburg, Pietermaritzburg and Port Elizabeth.
Aberdare’s general manager product development and application Henni Scholtz said that the two unique marking solutions will enable law enforcement agencies to identify stolen cables from the bare copper or aluminium conductors to within one metre.

Copper cable worth R15-million a month is stolen in South Africa and as an example of the economic impact, 3 000 tons of copper leaves Cape Town harbour each month, not to mention all the other ports in South Africa. 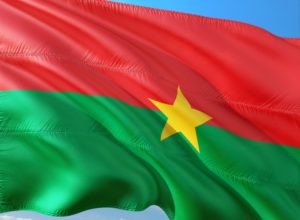