5 July 2012 – The Mozambique government, through the Ministry of Energy, has signed a development agreement with Clean Carbon Industries LDA (CCI) a joint venture between Twin City Venture Capital, Hugh Brown & Associates, local Mozambique shareholders and a team of international engineering specialists to undertake a full feasibility study into the construction of a plant to produce 40,000 barrels of transport fuel and chemical by-products from lower grade coal in the Mozambique Tete Basin.

The study, which is already in the final stages of pre-feasibility is well advanced, having commenced in concept in February 2011. The bankable feasibility study will be completed by the end of 2014 and subject to final viability, financial closure is expected by October 2015, enabling construction to start in the first quarter of 2016.

The Tete Basin, in Tete Province northwest Mozambique has very extensive coking, thermal and low grade resources of coal. The companies Vale (Brazil), Rio Tinto  Group (UK) and Ncondezi Coal Company Limited (UK) amongst others are advanced in exploring, developing, constructing and commissioning new coal mines in the area, with a total of almost US$4 billion having been invested to date in the basin, with Vale exporting its first coal to overseas markets in November last year via Beira Port.

In August  2011, the Mozambique government gave the green light to Clean Carbon Industries LDA to commence work on the project and in March 2012 signed a Memorandum of Agreement with CCI for the development of the project. CCI  has been working with Ncondezi Coal Company on coal supply, Lurgi GmbH (Germany) testing coals and developing concept technology designs and project configurations for the final stage prefeasibility study.

The key advantages of the project include cheap feedstock, as it will consume coal that is not of a quality suitable for export or sale, thus reducing the increasing stockpile of this coal derived from the increased mining of coking and thermal coal in the Tete Basin. The project will consume up to 17 million tonnes of coal per annum and will therefore make a large contribution to reducing environmental problems and costs associated with sequestrating waste coals in the Basin. By producing fuel in Mozambique, the project will save the country millions in foreign exchange currently spent on importing transport fuels.

After taking delivery of low grade coal on site, the plant will gasify the coal and convert it into liquid fuels and chemicals. The government of Mozambique has first call on  the first 20,000 barrels per day produced by the plant (Mozambique currently utilises approximately 17,000 bbls / day)  leaving excess capacity to be exported to Tanzania, Malawi, Zambia, Botswana and other regional SADC countries and/or be converted to chemical feedstock for export. The close proximity of the Tete basin to Malawi, Zimbabwe, and Tanzanian markets, should extensively reduce the transportation cost of fuel to these markets. A pipeline is planned to transport white products from Tete to Savane on the Indian Ocean north of Beira via a servitude to a terminal which forms part of the agreement with government so that these products may be transported to the existing port fuel handling facilities Mozambique has in Pemba, Beira, Quelimane and Maputo. The minister of energy, Dr Salvador Numburete is very positive about the project. “Few may remember the advantages of the  construction of Cahora Bassa dam nearly 40 years ago. Not only did it create jobs for many people of Mozambique, but it contributed to the energy infrastructure of the country and provided for an export product in the form of electricity. The CCI CTL project provides Mozambique with an opportunity to use its low grade coal, improve its environmental footprint and save foreign exchange.” 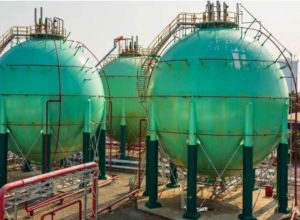