Tokyo, Japan — ESI-AFRICA.COM — 18 July 2011 – More than 500 beef cattle that ate feed contaminated by radioactive material from the crippled Fukushima nuclear plant in Japan have already been shipped to other parts of the country, initial results of inspections of the area’s farms has shown.

In a separate news report, Yomiuri newspaper said Japan’s central government was expected to announce restrictions on shipments of beef cattle that might have eaten contaminated feed by tomorrow.

Cases of contaminated vegetables, tea, milk, seafood and water have already stoked anxiety after the world’s worst nuclear crisis since Chernobyl, despite assurances from officials that the levels are not dangerous.

Fukushima Prefecture started on-site inspections after radioactive cesium three-to-six times higher than safety standards was found in beef cattle that a farmer in the north of the Fukushima Daiichi plant had shipped to Tokyo.

The results of inspections on some 500 beef cattle farms, including those within the evacuation zone near the plant, showed that 14 farms had shipped 554 cattle that ate rice straw with radioactive cesium up to 500 times higher than safety standards.

The cattle were shipped to 10 prefectures, including Tokyo and Hyogo in western Japan, between March 28 and July 13. The prefecture government’s sample test on locally produced beef failed to spot the contamination before the meat was shipped.

The results also showed some farmers that fed contaminated rice straw were not aware of the central government’s guidance on March 17 not to feed cattle with grass and other feed kept outside.

The prefecture government, which has already checked more than 33,000 beef cattle, plans to inspect all of Fukushima’s 4,000 cattle farms by August 3. 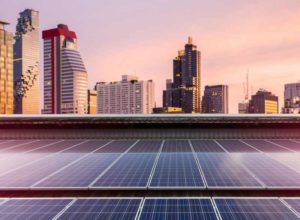 Five benefits of using solar energy for a commercial building