28 October 2008 – A news report published this week warns that South African’s may experience more blackouts if surmours are correct that Eskom plans to do repairs and maintenance on two of its power stations before the end of 2008.

According to Philip Hampton, chief technology officer at Powermode, a power management company, Eskom is operating at less than 6% reserve capacity and closure of even one, let alone two power stations could force consumers to “return to the dark days of rolling blackouts that characterised the first quarter of 2008”.

“The market is aware that Eskom is doing its best to re-activate mothballed power stations, but with all its current stations working flat-out, at 90%-plus capacity, wear and tear is inevitable and maintenance unavoidable,” he says.

In addition, report have surface that Brigitte Mabandla, the new public enterprises minister, may reveiew the US$31 billion budget that Eskom needs to raise the funds for its expansion programme.

“More significantly, the recent resignation of Eskom’s finance director Bongani Nqwababa has been linked to his failure to attract investment to keep the programme going,” Hampton adds.

“This is particularly relevant as Eskom is intent on badgering consumers to reduce consumption by 10% based on the last 12 months’ usage. Perhaps they don’t realise that this is generally an already low figure as companies began introducing power saving programmes with the load shedding that occurred in the first quarter of 2008

“Eskom’s plan to penalise companies that do not comply appears to be extortionary,” he adds. 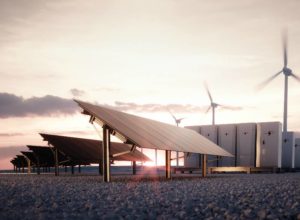