Lagos, Nigeria — ESI-AFRICA.COM — 08 December 2011 – Chris Akamnonu, CEO of the Ikeja PHCN distribution zone in Nigeria has revealed that that 25% of installed facilities in his area are faulty, and says the zone requires over US$5 million to replace about 14 faulty panels in the zone.

He revealed this here yesterday when members of the House Committee on Power visited the zone in Lagos, emphasising that under-funding by government was one of the major challenges confronting electricity distribution in the area.

Akamnonu said some of the panels and outstation equipment like the 33KV and 11 KV switch gears, as well as the conductors, were obsolete. There were also constraints of power evacuation in about 14 injection substations due to unserviceable panels.

“We need US$5 million to replace all the faulty panels and obsolete equipment. Government needs to intervene urgently with funding to put the zone in better shape,” he urged.

The PHCN officer said that the zone required US$75 million to achieve effective metering of customers on pre-paid meters, adding that metering to about 389,126 customers was being vigorously pursued.

Akamnonu complained that budgetary allocations to the zone from 2009 had been low, stressing that only US$2 million had been released out of the US$3.5 million appropriated to the zone this year. 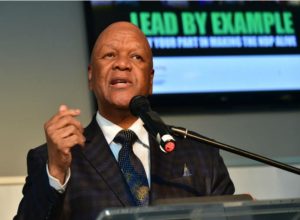