5 September 2013 – Construction of the Majuba road to rail project, whereby up to 14 million tonnes of coal year supplied to that power station in Mupumalanga province, is to be transferred from road to rail transport has been begun. Aveng-Grinaker LTA, the civil and earthworks contractor, has begun with the construction of the Majuba rail offices in Ermelo and Amersfoort as well as the removal of top-soil on the 68 kilometre railway servitude. The excavation works on the servitude, expected to remove about 1,900,000 m³, is scheduled for completion in January 2015.

Construction activities will commence at four different points sequentially − Ermelo, Majuba Power Station, Amersfoort and the Vaal River. The railway line construction period is planned to be three years running from May 2013 to May 2016. The site establishment for civil construction work will take some six to eight weeks.

The construction of this dedicated railway comes as Eskom ramps up output at its Majuba power station to meet South Africa’s growing need for power. This R5.2 billion railway line project will consist of a private railway line starting about 8.0 km west of Ermelo with the take-off accessible from both directions of the coal line. The project will include a new rail-yard layout at Majuba, as well as modifications and upgrades to the existing tippler. The railway line has been designed for a total railing capacity of 21million tonnes a year to provide flexibility for an additional 7.0 million tonnes a year required by Eskom. The coal will be unloaded at the terminal via the upgraded coal tippler system. 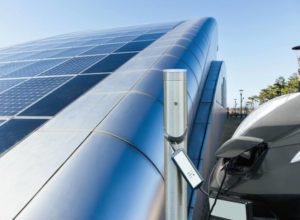