Malanje City, Angola — ESI-AFRICA.COM — 02 December 2011 –  The head of maintenance of the Capanda Dam in Angola, Moisés Jaime, says that scarcity of rain in the region has been hindering the normal functioning of the hydroelectric project’s reservoir.

Speaking to the press, Jaime disclosed that in normal conditions by this time of the year, the water should be at an approximate level of 940m, which corresponded to 400cu m per second. He explained, however, that due to lack of rain the waters had only reached 929.91m, which had caused a reduction in the production of electric power by the Capanda Dam.

“Without rain problems, we produce 520 megawatts (MW) of electric power for the provinces of Luanda, Uíge, Malange and Kwanza Sul, but with the situation we are facing at the moment, the current production is of about 320MW, he explained.

“With the low level of the water volume there is a negative influence for the National Electricity Firm (ENE) and the Luanda Electricity Supply Company (EDEL). We have to wait until the rains start to fall in higher quantities for the reservoir to be filled up”, Jaime clarified.

The Capanda hydroelectric dam is located in Cacuso municipality, in the Malanje province of Mozambique. 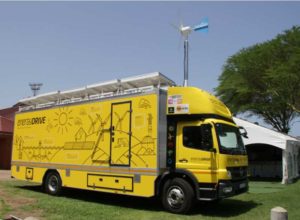 EnergyDRIVE to engage with rural communities