Johannesburg, South Africa — ESI-AFRICA.COM — 06 September 2011 – Engineers from South African national power utility Eskom Holdings have been investigating what caused one of the Koeberg nuclear power plant’s units to shut down.

Unit 2 At Koeberg automatically switched off yesterday after a protection system flagged a problem with one of the motors.

Eskom spokesman Tony Stott said there had been no interruption to electricity supply because Unit 1 was running at full power. He added that it could be an actual mechanical failure of the motor such as overheating, or simply an instrumentation fault.

“Unit 2 is in a nice, stable, safe condition while the engineers go in and see what is wrong with that motor,” Stott assured.

Koeberg was also alerted to possibly lower water booms after an oil spill at Blouberg beach on Saturday, but Stott said this had nothing to do with Monday’s fault.

“The oil leak is far away – quite a few kilometres south of Koeberg. That had no impact on this particular incident,” he added.

It was unclear when the unit would be up and running again. 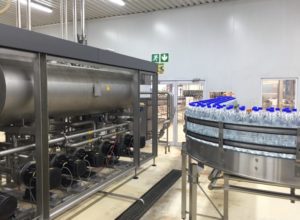