2 June 2010 – The Kenya Electricity Expansion Project to expand electricity access to Kenyans in urban, peri-urban and rural areas has been granted a US$330M loan by the World Bank.  The project will deepen investment in green energy in the country.

The project is part of over US$1.4B being invested in the electricity sector by the government, the Bank and other development partners in support of the government’s strategy to accelerate infrastructure development to strengthen foundations for growth and competitiveness.

It will build on the Energy Sector Recovery Project, which the Bank has supported since 2004 with an investment of US$160 million to increase geothermal generation, improve electricity distribution and implement electrification programs to support economic growth and reduce regional disparities. It also continues the Bank’s support for geothermal energy development that started in the 1980s.

“The project supports the climate change and infrastructure development pillars of the government’s Vision 2030 long term development strategy,” says Patrick Nyoike, Permanent Secretary in the Ministry of Energy. “It will strengthen the energy investment programs which have been enabled by the comprehensive policy and regulatory reforms that Kenya has implemented with the Bank’s support since 1981.”

The gap between electricity supply and demand has increased in recent years due to Kenya’s strong economic growth and inadequate investment in power infrastructure. The supply deficit and costly short-term interventions constrain economic growth and reduce the regional competitiveness of Kenya’s private sector.

Lack of reliable energy lowers the annual sale revenues of Kenyan firms by about seven percent and reduces Kenya’s growth rate by about 1.5 percent, according to the 2008 Africa Infrastructure Country Diagnostic.

“The challenge for Kenya is to invest in reliable energy sources to support the anticipated economic recovery in the next few years,” says Paivi Koljonen, the Task Team Leader for the Project.

The other partners in the energy project include the European Investment Bank (EIB), Germany’s KfW, Japan International Cooperation Agency (JICA) and Agence Française de Développement (AFD). The government, Kenya Power and Lighting Company (KPLC), and Kenya Electricity Generating Company (KenGen) will also contribute to the financing of the project.

The credit is approved under standard IDA terms, which include a 10-year grace period and a 40-year maturity. 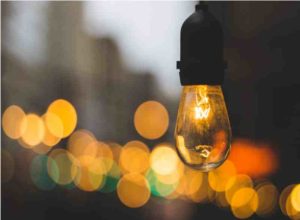