16 May 2012 – The International Energy Agency (IEA) says that while progress is being made on renewable energy, most clean energy technologies are not being deployed quickly enough.

It released a report earlier this year called Tracking Clean Energy Progress, which highlighted the rapid progress made in some renewable technologies, notably the solar panels easily installed by households and businesses (solar photovoltaics (PV)) and in onshore wind technologies. In fact, onshore wind has seen 27% average annual growth over the past decade, and solar PV has grown at 42%, albeit from a small base.

Even more impressive is the 75% reduction in system costs for solar PV in as little as three years in some countries. This serves as evidence that rapid technology change is possible. Unfortunately, however, the report concludes that most clean energy technologies are not on track to make their required contribution to reducing carbon dioxide (CO2) emissions and thereby provide a more secure energy system.

“We have a responsibility and a golden opportunity to act,” IEA deputy executive director ambassador Richard H Jones says. “Energy-related CO2 emissions are at historic highs; under current policies, we estimate that energy use and CO2 emissions would increase by a third by 2020, and almost double by 2050. This would likely send global temperatures at least 6°C higher. Such an outcome would confront future generations with significant economic, environmental and energy security hardships.”

The report notes that many technologies with great potential for energy and emissions savings are making halting progress at best. Carbon capture and storage (CCS) is not seeing the necessary rates of investment to develop full-scale demonstration projects, and nearly half of new coal-fired power plants are still being built with inefficient technology. Vehicle fuel-efficiency improvement is slow, and significant untapped energy-efficiency potential remains in the building and industry sectors.

In addition, while government targets for electric vehicles (20 million by 2020) are ambitious, as are continued nuclear expansion plans in many countries, translating plans into reality is easier said than done. Manufacturers’ production targets for electric vehicles after 2014 are highly uncertain; and increasing public opposition to nuclear power is proving challenging to deal with.

The report offers three over-arching policy recommendations for changing this status quo and moving clean-energy technologies to the mainstream market: First, level the playing field for clean energy technologies. This means ensuring that energy prices reflect the true cost of energy – accounting for the positive and negative impacts of energy production and consumption;
Second, unlock the potential of energy efficiency, the hidden fuel of the future. Making sure that energy is not wasted and that it is used in the best possible way is the most cost-effective action and must be the first step of any policy aimed at building a sustainable energy mix;
Finally, accelerate energy innovation and public support for research, development and demonstration. This will help lay the groundwork for private sector innovation, and speed technologies to market. 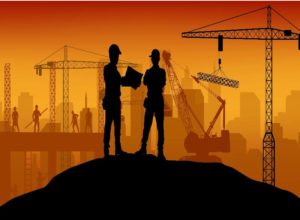 The SAISC Steel Awards celebrates diversity in the SA market