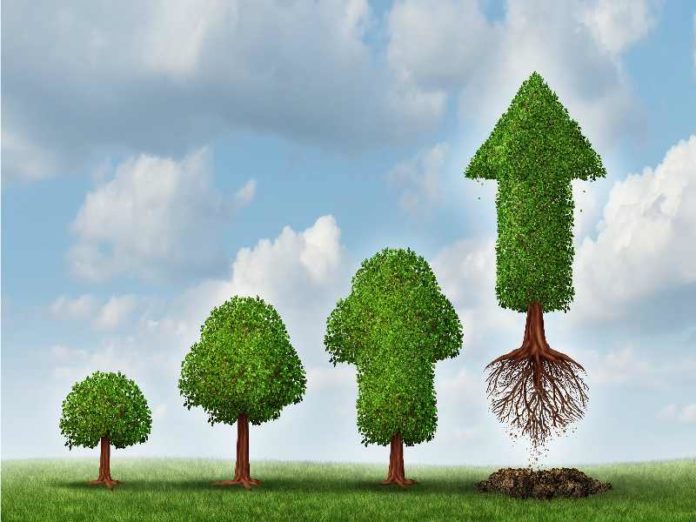 The COVID-19 pandemic is first and foremost a human tragedy, infecting more than 120,000 and killing more than 4,200 people as of 12 March 2020. The loss of human life is heart-breaking and set to continue ticking upwards, writes Helen Mountford World Resources Institute.

The virus has also hit society like a global tsunami, disrupting travel, cutting off communities, shuttering factories and shaking up economic markets. The global manufacturing sector has suffered its worst contraction since the 2009 recession. Goldman Sachs forecasts zero earnings growth for US companies, while airlines and cruise lines are reeling as people opt to stay home.

Unsurprisingly this major global disruption is leading to lower energy demand, which in turn reduces global greenhouse gas emissions. China’s industrial output has dropped 15% to 40% since the crisis began, leading to a roughly 25% drop in emissions over that same period.

Emissions reductions caused by economic downturns tend to be temporary — and can lead to emissions growth as economies attempt to get back on track. After the global financial crisis of 2008, for example, global CO2 emissions from fossil fuel combustion and cement production grew 5.9% in 2010, more than offsetting the 1.4% decrease in 2009.

With the pandemic potentially triggering a global economic slowdown, leaders are already looking for ways to shore up their countries’ economies. The approaches they take to stimulate economic growth will have long-lasting effects, so they need to be chosen carefully.

What governments should avoid is trying to boost their economies in the wake of one global health crisis by exacerbating another — namely air pollution. A stimulus package that includes ramping up fossil fuel production or use would do exactly this.

The health dangers of doubling down on fossil fuels

More than five million people worldwide already die prematurely each year due to air pollution. Two-thirds of air pollution deaths are caused by fossil fuels emitted from sources such as power plants, cars and factories. Experts estimate that illness and premature mortality associated with the air pollution from road transport cost OECD countries $1.7 trillion in 2010. And air pollution and coronavirus both pose higher risks for people with pre-existing respiratory conditions like asthma, so adding to our air pollution burden could exacerbate the coronavirus’s overall contribution to illnesses and deaths.

During previous economic crises, a number of countries turned quickly to stimulus packages that included investments in “shovel-ready” infrastructure projects. In many cases, this included building more coal or other fossil fuel power plants, upgrading roads, investing in heavy industries such as automobile manufacturing and more. Following that old playbook to respond to the COVID-19 pandemic would be a terrible mistake, as it would amplify the air pollution health crisis.

China has suffered the most from this COVID-19 outbreak so far, and also has some of the highest rates of air pollution. In 2013, coal-related air pollution caused approximately 366,000 premature deaths in China. Of course, China is not alone. India has 22 of the 30 most-polluted cities on Earth. The smog in the capital city of New Delhi grew so toxic in November 2019 that the government declared a public health emergency, closing schools and urging people to stay indoors.

As countries look to give their economies a much-needed jolt in the wake of the COVID-19 outbreak, governments and companies considering stimulus packages essentially have two choices: They can lock in decades of polluting, inefficient, high-carbon and unsustainable development, or they can use this as an opportunity to accelerate the inevitable shift to low-carbon and increasingly affordable energy and transport systems that will bring long-term economic benefits. The latter will also fight two major crises head-on: air pollution and the growing climate emergency.

The economic case for low-carbon development

The good news is that a mounting body of evidence demonstrates that pursuing low-carbon and climate-resilient growth is the best way to unlock lasting economic and social benefits. Bold climate action could deliver at least $26 trillion in net global economic benefits between now and 2030 compared with business-as-usual according to the New Climate Economy. This includes creating more than 65 million new low-carbon jobs in 2030, equivalent to the combined workforces of the UK and Egypt today.

What is true globally is also true at the national scale. Indonesia is one of the largest economies in the world. The country’s Ministry of Planning identified a low-carbon growth pathway, which goes beyond the country’s current climate commitments and would deliver an average GDP growth rate of over 6% a year from now until 2045.

Evidence shows this low-carbon growth path will outpace economic growth under business-as-usual from the first year it is pursued, while also unlocking an array of economic, social and environmental benefits in Indonesia. In 2045, those benefits will include more than 15 million additional jobs — which are greener and higher paying — faster poverty reduction, and gender and regional benefits.

#COVID2019 has got everyone on lockdown – putting the brakes on their business trips. @ESIAfrica will ensure that your message reaches the global energy market and you won’t even need a protective mask to get your message across! https://t.co/FJWrcCDt97 pic.twitter.com/zJt7R6oqyV

Sustainable, low-carbon infrastructure must be central to any government-led stimulus in response to the COVID-19 outbreak. Governments have a critical role to play in setting out robust, well-articulated and sustainable investment strategies. Investment in sustainable infrastructure creates jobs today and many more social and economic benefits tomorrow. The American Recovery and Reinvestment Act of 2009, for example, led to a number of social and economic benefits including supporting roughly 900,000 clean energy jobs in the United States from 2009 to 2015. Stimulus package investments should also help build resilience in our communities to the impacts of a changing climate.

The Global Commission on Adaptation has found that the net benefit of investing in resilient infrastructure over the next decade in developing countries would be $4.2 trillion over the lifetime of new infrastructure, with a $4 benefit for each $1 invested.

Business leaders and the finance sector are already waking up to the risks of investing in high-carbon activities and the benefits of shifting to a low-carbon, resilient economy — and governments should follow their lead. More than 16 major asset owners with almost $4 trillion in investments globally have committed to transition their full investment portfolios to net-zero emission investments by 2050, and many others are rapidly shifting away from fossil fuel investments. Sustainable companies are already outperforming their peers.

For example, companies committed to 100% renewable power have better net profit margins and earnings than those without this commitment. And corporations that are actively managing and planning for climate change secure an 18% higher return on investment than companies that aren’t — and 67% higher than companies which refuse to disclose their emissions.

Climate action is key to economic recovery and long-term prosperity

The global COVID-19 outbreak shows without a shadow of a doubt that governments have the ability to take urgent and radical action to contain crises. This will not be easy, and requires all of us to play our part. However, as we emerge from this immediate crisis, we need to be clear that responding to the short-term economic downturn with bad long-term investments would not make sense. Instead, we have an opportunity to use stimulus measures to boost growth following the COVID-19 health crisis to both curb air pollution and help address the climate crisis.

The growing urgency of the climate crisis shows the dire need for immediate measures to drastically cut emissions now. And the opportunities to do so, given new developments with clean technologies and their falling costs, have never been better. While the restrictions on travel and large meetings are challenging, in turn they may also help us shift our own behavior to work, education and travel patterns that are much more sustainable, including recognizing the opportunities and broader benefits of teleworking and virtual meetings. We are being forced to reset our habits now, but we should use this as a learning moment as we come out of the crisis.

We cannot punt the climate emergency down the road. This year, countries must deliver national climate commitments for 2030 aligned with reaching a net-zero emissions world by 2050.

While COVID-19 and its economic repercussions are rightfully the primary focus of many governments today, as we look to boost the economy, we also need to consider tomorrow.  For countries looking to shore up their economies in turbulent times and achieve long-term sustainable growth, climate action offers a compelling opportunity.