13 February 2013 – Fuel fraud and theft − two of the major causes of significant financial losses to the vehicle fleet industry − have been dealt a major blow by an innovative product offered to clients by Avis Fleet Services which has, since its introduction, benefited clients to the tune of more than R40 million in savings.

“Although many financial institutions offer fleet clients fuel monitoring reports, the weakness in the system is keeping track of fuel consumption, when fleet operators have more than one source of fuel data, like a home base facility, a split between two or more fleet card service providers, or accounts with specific retailers. This major obstacle is now something that has been solved with Avis Fleet Services’ intelligent fuel management system,” Hein Crocker, who heads up the operation, says.

“Litres supplied to a fleet from more than one source distort fuel usage figures if they are not consolidated in one single database. This means that a driver intent on fraud can partially fill a vehicle tank and complete the process at a retail outlet. Readings supplied are therefore irrelevant.”

It is by tackling the issue and developing home-grown South African software that a solution has been found to solve this on-going and very prevalent form of fraud, theft or abuse. Once supplied and inputted by fleet operating clients, the information regarding fuel farm usage is consolidated, examined and integrated into a single report, giving the fleet operator a true picture of actual fuel usage.

With the price of petrol and diesel constantly rising and forming by far the most expensive cost element in running a fleet, the use of superior analytics to log and review data intelligently has become invaluable. When it is combined with reporting that provides theft and fraud alerts and almost immediate follow-up with merchants, the results can be astounding.

Typical savings achieved, says Crocker, admittedly for a fleet of more than 1,000 vehicles, have been R16 million over a four year period. At the other end of the scale, a commercial fleet operator with 89 vehicles has seen eight months of savings of nearly R3 million being added to the bottom line.

Typically, with a staff dedicated to following up potentially fraudulent transactions, action within the Avis Fleet Services system takes place within a 48 to 96 hour period. This allows original pump information to be matched against merchant invoices supplied to the driver. This proactive approach provides a new dimension of hands on reporting and management for every transaction which previously has not been offered to fleet customers.

“Initiating investigations within the first two or three days of a transaction taking place is vital. Waiting for a monthly deviation report before looking into a suspect transaction often means that original information has been overwritten by systems operating at traditional forecourts.”

All of the intelligent fuel management reports quantify potential losses by percentage, litres and rand value. This unique feature enables fleet operators to manage quantifiable losses instead of fuel consumption figures, which can be justified when excessive.

“With issues regarding fuel theft and illicit transactions in South Africa at extremely high levels, taking action to identify employees who are committing fraud or theft, or colluding with others to steal from employers, is becoming increasingly important.

“This applies whether a fleet is using cards offered by a fuel company or a bank. Action is also not confined to those using tanks on their own premises in addition to retail sources or those just using retail outlets. Significant sums of money are often in the balance and the level of illicit practices can only be truly revealed when a comprehensive examination of transactions is undertaken by using the intelligent fuel management product,” Crocker says.

Usually, he says, it takes nothing more than an analysis of three months of fuel data for the Avis Fleet Services system to identify where losses are occurring, what the financial implications are and even identify individuals who appear to be undertaking scams.

“Recently when assessing an Avis Fleet Services client operating in a primarily rural environment, we identified widespread fraud. Once the system was introduced it led to 13 individuals being identified for their involvement in dishonest practices. In the 12 months that followed, this fleet operator saved 12.66% on fuel costs, thereby saving the company just over R1 million. This is one of many examples that continue to empower the adoption of this product into our customer’s fleets.

“The reality test for any fuel system that has major cost-saving capabilities and which accurately identifies negligent use of refuelling facilities is presently running at above 90%. No matter how this information is translated, it means that significant savings on operational costs are being achieved.”

“The system consolidates information from various different sources, processes data in a near real time fashion which provides the fleet owner with the means to act immediately to suspicious transactions. The system further provides regular reports which include quantifiable litre and rand value losses. Our historical customer experience proves that effective use of the system arms the fleet manager with the necessary tools to achieve bottom line savings,” adds Albert Geldenhuys, executive: commercial at Avis Fleet Services. 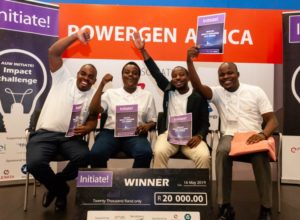 Uber(ising) solar energy: It can be done, students show