Berlin, Germany — ESI-AFRICA.COM — 05 April 2011 – Some of Europe’s 143 nuclear reactors are likely to fail tests simulating terrorist attacks, according to an European Union commissioner, and others are likely to see insurance bills soar as politicians try to tighten regulations.

Reuters reports that following the nuclear crisis in Japan, caused by an earthquake and tsunami last month, the European Union is planning to carry out tests by year-end to assess whether its reactors could survive severe conditions.

“The tests would simulate terrorist attacks either via cyberspace or an airplane crash, and would focus on the reliability of reactor cooling systems, European energy commissioner Guenther Oettinger told German magazine Der Spiegel.

“If it was inconceivable that certain nuclear power plants would be taken off line, then we wouldn’t need to even bother with the stress test,” he was quoted as saying, disputing speculation that the move was merely designed to play well to voters.

Nuclear power is extremely lucrative for utilities, which can earn as much as 1 million euros a day per reactor.

Any shutdowns would likely affect France, where state-owned utility EDF operates 58 reactors. These include two at Fessenheim, its oldest nuclear power plant right on the border with Germany and very close to Switzerland.

Following the catastrophe in Japan, the German government hastily postponed its decision to extend the life spans of the country’s 17 reactors and took the seven oldest off-line, pending a three-month safety check.

Chancellor Angela Merkel, a physicist by training, told Bild am Sonntag the abrupt policy flip-flop in nuclear energy stemmed from re-evaluation of the dangers and had nothing to do with important state elections held last Sunday.

"The catastrophe from Fukushima “’ the extent of which we still do not know “’ has also changed my personal views on atomic energy and its risks. I too have learned from it,” she said. 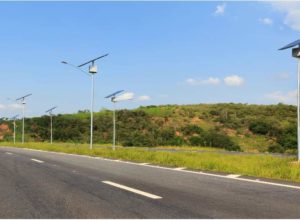