“We are currently finalising with our banking partners but the first bond market we are looking at is the United States,” Dames told reporters. He did not give further details of the state-run company’s bond issuance plans.

At the weekend, President Jacob Zuma announced plans for a US$115 billion (R782 billion) programme to bulk up South Africa’s power grid, which was only prevented from collapsing in 2008 by series of economically damaging rolling blackouts.

Eskom says urgent action is needed to secure more power and head off a repeat supply crunch, but the company faces a R50 billion funding gap over the next three years, part of which it has said will be financed by global borrowing.

Reuters reports that the Treasury has said it would support Eskom and other state-owned firms. The utility expects to get R150 billion rand more in state support, above the R175.97 billion in guarantees it has already secured.

South Africa’s demand for power is expected to double by 2030 from present levels. The 2008 power crisis shut down mines and other vital industries for days, costing billions of dollars in lost output.

Dames said importing power from the rest of the Southern African Development Community (SADC) “’ a strategy which has been mooted as a stop-gap solution “’ would be difficult to implement because of electricity shortages in the bloc’s other states.

Eskom supplies 95% of the country’s power and 45% of Africa’s electricity, most of which is generated in coal-fired plants built more than two decades ago. 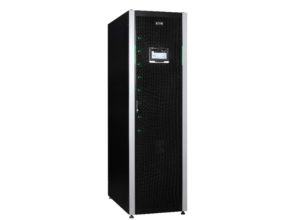