“The mandatory scheme will act as a safety net if we need to use it. The target could be adjusted according to the severity of the gap,” he explained.

Eskom has said that it is important to have the scheme in place to give those affected time to adjust to the discipline it would impose. For instance, the proposed ECS would require large users to establish baselines and have electricity monitoring and verification equipment in place.

He urged companies to sign up for voluntary savings programmes, even if they were opposed to mandatory savings targets.

Lakmeeharan pointed out that some companies were becoming more energy efficient than others, and applauded AngloGold Ashanti and Gold Fields for having implemented energy savings of about 10% without affecting production costs.

He said that all South Africans had a responsibility to be more energy efficient, and noted that action was required from commercial offices, in the areas of lighting and climate control, as well as residential consumers.

Lakmeeharan highlighted that up to 1 700 MW had been saved during the peak electricity periods of the World Cup, when the red ‘power alert’ was broadcast, showing the difference that consumers could make when urged. 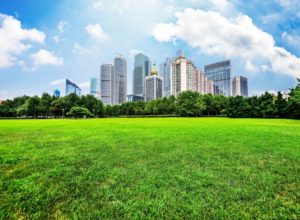