Cape Town, South Africa — ESI-AFRICA.COM — 08 June 2011 – The Cape Chamber of Commerce has welcomed plans to take away the management of the national electricity grid from Eskom, and to allocate it to a new and independent operator.

Business Live reports that the changes were outlined in the Independent System and Market Operator Establishment Bill that is to go before Parliament shortly. The Bill was published on 13 May and the public have until 13 June to comment on it.

“This is a long overdue development and we hope it will create a level playing field for independent power producers (IPPs) to contribute to solving the country’s energy crisis,” said, Chamber president Michael Bagraim.

Eskom’s failure to conclude purchase agreements with IPP’s has been heavily criticised, as have the long delays in making use of co-generation projects.

“The problem is that when Eskom is given the job of buying in power it will naturally favour its own power stations, and the IPPs will just not feature until we have another emergency on our hands,” said Chamber energy portfolio committee chairman Peter Haylett.

He explained that the Bill provided for the new company which, like Eskom, would be owned wholly by the state, and would take over the distribution network and control the purchase and sale of electricity. This model had been successful in other countries and it should also work in South Africa.

Haylett said that the new company would inevitably employ former Eskom distribution staff, but he hoped there would be some new blood at the top in order to develop a culture of independence and win the confidence of IPP’s.

“I think the government has realised that it needs help in financing new power stations and the best way to do this is to bring in the private sector,” he suggested. The big bonus is that this will open up opportunities to use new methods of generating electricity, such as combined-cycle gas power stations and more wind power, which complement each other perfectly. Both gas and wind power projects can be constructed in under three years, while coal and nuclear plants take eight to 10 years to build. This will speed up the supply of new capacity,” he pointed out.

Haylett said breaking Eskom into two independent companies should make it easier to manage the electricity industry as each company would be able to focus on its specific task. It would also introduce competition with IPP’s and this should improve efficiency and keep costs in check.

“We are sure the frustrated IPP’s which have been watching from the sidelines will welcome this Bill. The challenge now will be to make it all happen as quickly as possible,” Haylett concluded. 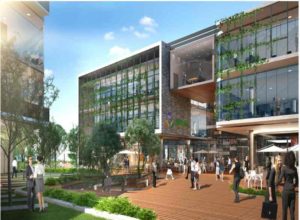