“The award is a great compliment and shows that Eskom takes a lead in sustainability reporting,” finance director Paul O’ Flaherty said in a statement here.

“Our approach is to ensure that we produce a truly integrated sustainability report that is responding to those material issues that our stakeholders have told us they want to know about Eskom, and that we openly and transparently provide performance information that is useful to our stakeholders,” he added.

O’ Flaherty said Eskom included full disclosure of its compact with its shareholder, as well as its commitment as a signatory to the United Nations Global Compact. The parastatal also continued to produce one integrated report that covered its financial, economic, technical, environmental and social performance.

Lindie Engelbrecht, director for climate change and sustainability services at Ernst & Young, said it was good to see companies in other industries, apart from resources, taking sustainability reporting seriously. She added that Eskom was able to show a real understanding of sustainability aspects and how these impact on business 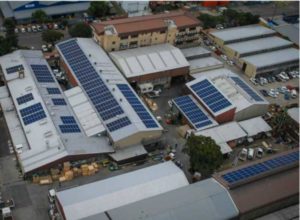