3 December 2008 – As South Africa heads into the summer, power utility Eskom is gearing up to begin planned maintenance to the country’s electricity infrastructure.  This has prompted a call from Government and the utility for South African’s to continue with their energy saving efforts in an attempt to prevent a repeat of the load shedding experienced during the beginning of 2008.

According to Business Unity South Africa (Busa) president, Brian Molefe, the focus on energy savings needed to be done through energy efficiency initiatives that would counteract any negative economic and job creation impacts.

Busa further pledged to appoint an accountable energy manager for every building it occupied, and this manager would be responsible for implementing energy efficiency plans for each building, along with an audit of the buildings to assess energy efficiency.  A staff awareness campaign would also be undertaken to build support.

"We are also working to develop an Energy Efficiency Audit Protocol with the Presidency and are partnering with government, particularly the Department of Trade and Industry, on rolling out energy efficiency audits, particularly among small to medium-sized enterprises," commented Molefe. 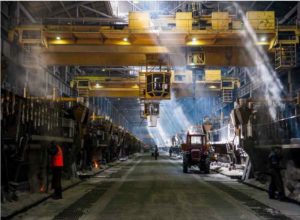