However, excess cooling capacity is desirable when faced with unacceptably high temperatures following a power outage. In fact, if the total cooling capacity perfectly matched the heat load, the facility theoretically could never be cooled to its original state because after a power outage there would always be heat in excess of the IT load. Just as multiple window air-conditioners effectively cool a bedroom more quickly than a single unit, additional computer room air handler (CRAH) or computer room air conditioner (CRAC) capacity helps return the data centre to pre-power-failure conditions quickly.

They add that another technology trend, virtualisation, has greatly increased the ability to utilise and scale compute power. For example, virtualisation can increase the CPU utilisation of a typical non- virtualised server from five per cent to 10 per cent to 50 per cent or higher.

Since both increasing the rack power density and virtualisation make it possible to dissipate more heat in a given space, they can also reduce the time available to data centre operators before the IT inlet temperatures reach critical levels following a power outage.

It has been estimated that for every one degree Celsius increase in chiller set point temperature, about 3.5 per cent of the chiller power can be saved. In other words, it gets increasingly expensive to cool chilled water the more the set point temperature is reduced below a fixed ambient temperature. While this applies directly to chilled-water systems, the same trend applies to air-cooled DX systems. Consequently, higher IT inlet temperatures leave less time for data centre operators to react in a power-failure scenario.

Lastly, when it comes to air containment of racks and rows, the authors say that containment can improve the predictability and efficiency of traditional data centre cooling systems such as perimeter cooling systems with raised floor or hard floor, that is, flooded supply. However, containment systems prevent air streams from mixing with the rest of the data centre room and this will affect the temperature rise during cooling outages. The temperature rise performance will vary for different containment systems depending on the connectivity of cooling equipment to backup power.

For hot-aisle containment with row-based chilled-water coolers, if the coolers are not on UPSes and containment doors remain shut during a loss of cooling airflow, then there could be a substantial amount of re-circulated hot air into the IT inlets through various leakage paths and IT inlet temperatures will rise quickly. If coolers are on UPSes, but the chilled water pumps are not, then the coolers will pump hot air into the cold aisle without providing active cooling. In this case, only the thermal mass of the cooler (including cooling coils, water inside the coil is utilised. If both coolers and chilled water pumps are on UPSes, then the temperature rise depends on the chilled water plant configuration (that is storage tank configuration, chiller start time, and more).

For cold-aisle containment with perforated tiles, the thermal mass in the raised-floor plenum associated with the concrete slab, chilled water pipes and so on can help moderate temperature rise. For cold-aisle containment with row-based chilled-water coolers, if the coolers are not on UPSes, then the negative pressure in the containment system will draw in hot exhaust through the rack and containment structure leakage paths, thereby raising IT inlet temperatures. If row-based coolers are on UPSes, then the temperature rise depends on the chilled water plant configuration, that is, storage tank configuration, chiller start time, and more).

Despite the challenges provided by recent data centre trends, Lin, Zhang and Van Gilder state that it is possible to design the cooling system for any facility to allow for long runtimes on emergency power.

Depending on the mission of the facility, it may be more practical to maximise runtimes within the limits of the current architecture and, at the same time, plan to ultimately power down IT equipment during an extended outage. Lin, Zhang and Van Gilder recommend four strategies to slow the rate of heating: maintain adequate reserve cooling capacity; connect cooling equipment to backup power; use equipment with shorter restart times and; use thermal storage to ride out chiller-restart time. 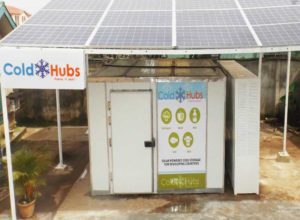