28 October 2008 – South Africa’s proposed energy conservation regulations (ECS) have been called “unrealistic”, “inappropriate” and warnings have been issued that they could result in “low energy, high growth” according to a member of the Energy Intensive User Group (EIUG), a group of South Africa’s 260 top power consumers.

Mike Rossouw of Xstrata Alloy and a past chairman of the EIUG, said the scheme was bound to fail as it did not take full cognizance of the energy intensity of South Africa’s economy, or the role energy intensive industry played in generating wealth and earning foreign exchange.  Rossouw said the scheme did not take into account the time it takes for industrial sectors to adapt, or that some of the large consumers were already ‘best in class’ globally with regards to energy consumption.

South Africa’s energy conservation regulation incorporates punitive tariffs for excessive energy consumption, in a bid to reduce demand.  With a target of 3 000MW or 10% of the current consumption over four years.  The ECS is a component of the Power Conservation Programme, of which another component is the Electricity Growth Management framework, which sets out rules and regulations for new connections.  The ECS makes provision for mandatory reductions from industry where voluntary reductions of between 5% and 10% are already in place.

EIUG members, mainly mines, smelters and large industrial facilities, are among a group which consume more than 100 MWh/y on which particular attention has been focussed with regards to energy conservation.  The main instrument for curbing consumption is a pricing structure which become increasingly punitive as demand exceeds allocation.  Allocations may be determined by examining consumption patterns from between October 2006 and November 2007.  The pricing structure is divided as follows:

According to the model, on which the South African system is based, economic growth will continue, in spite of medium-term power constraints.

However, Rossouw feels this may not necessarily be applicable in a South African context, given the energy intensive nature of South African industry.

“There is no evidence of significant voluntary energy savings effort by big energy users before the Brazilian crisis [on which the South African model is based], while some of South Africa’s top energy users have made significant gains in energy savings through the energy efficiency accord,” says Yaw Afrane-Okese of the National Business Initiative. 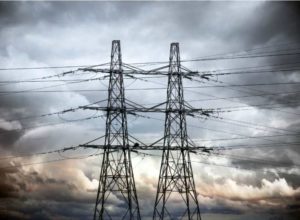