31 July 2012 – Governments across the world are encouraging the use of electric vehicles to reduce green house gas (GHG) emissions and their impact on the environment, says a report by GlobalData. Growing environmental concerns and the urge to reduce dependency on fossil fuels has called for changes in existing energy generation technologies, and particularly in the transportation sector.

According to the International Transport Forum, 98% of the transportation sector is dependent on fossil fuels for its energy, and the sector represents a major source of GHG, contributing about 23% of global CO2 emissions. Significant effort is being made by policy makers, governments and automakers across the globe to promote electric vehicle (EV) adoption among consumers.

Incentives are provided by governments to customers willing to purchase EVs in many countries, and the market has a wide range of models suitable for commuting around cities. EVs are available at reasonable prices, and research shows that electric vehicles are more economical over their lifetimes than conventional vehicles which run on Internal Combustion Engine (ICE) technology. Increasing consumer awareness, the positive impact of EVs on the climate, and policies and incentives put forward by governments are all driving EV adoption.

However, the electric vehicles currently available operate on batteries that have limited power density and energy density, which restricts their use. Due to the limitations of current battery technology and the lack of widespread charging infrastructure, electric vehicles are largely used for commuting within city limits, but aren’t used for long journeys – a fear of running out of charge is holding EV drivers back.

To overcome this problem, manufacturers are developing new EVs which can travel longer distances on a single charge. Some manufacturers have developed a system to switch to gasoline to power the vehicle when the charge in the battery gets depleted, while Toyota is installing solar panels on the roof of a hybrid EV to power the vehicle with renewable energy when the battery is exhausted. Other manufacturers are developing new EV models which will charge more quickly. These efforts to manufacture extended range EVs are likely to increase the vehicles’ acceptance levels among consumers.

Upcoming improved battery systems with high power density, energy density and enhanced energy efficiency will also reduce anxiety among EV drivers. About 97% of the HEVs available on the road are using NiMH batteries as their source of energy, but these are likely to be replaced by advanced Lithium-ion (Li-ion) battery technologies. The range offered by electric vehicles with NiMH batteries is 200 km per charge, whereas advanced battery technologies such as Li-ion batteries offer 300-500 km per charge. The forthcoming extended range EV models, which are likely to use enhanced battery technologies or other supporting technologies, will therefore improve the outlook for EV vehicles. Alternatively, EV charging infrastructure manufacturer Better Place plans to offer a network of battery switch stations, which facilitate the swapping of depleted EV batteries with fully charged batteries, enabling EV drivers to recharge their vehicles immediately. 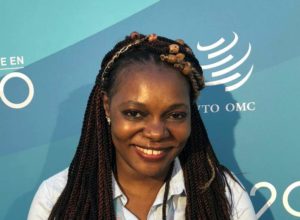