The new legislation states that government will have a limited role in the power sector and the unbundled entities will be seen as independent from each other to ensure a competitive market.

“Initially, there will be two markets: one competitive and one in which prices are set by the state. But with the gradual liberalisation of electricity prices over the coming five years, the competitive market will expand to include more consumer segments”, Hafez El-Salmawy, head of the Egyptian Electric Utility and Consumer Protection Regulatory Agency (Egyptera) told media on Tuesday.

To boost renewable energy production by 20% by 2020, the government implemented feed-in-tariffs last year for renewable power generated by the private sector.

Following attempts to improve the national electricity grid, a UAE-based firm has submitted a proposal to develop and improve seven thermal power stations in northern Egypt.

This announcement was made by First Undersecretary of the Ministry of Electricity Sabah Meshaly on Wednesday. 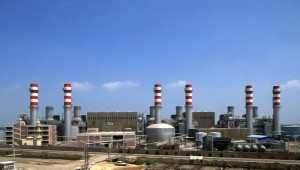 According to Meshaly, the refurbishment will save the country $62 million a year (ZAR724 million).

The ministry said in December that the Egyptian Electric Holding Company may be looking into mobile generation sets to assist with meeting demand until Q4 2015.

President Abdel Fattah Al-Sisi said to ensure electricity demand is met generation capacity needs to increase by 2 500MW annually in order to produce an additional 12 500MW in the next five years.

In addition, Al-Sisi said it is imperative for the country to generate $12 billion (ZAR140 billion) in investments in the next five years to resolve the current energy challenges.