On Tuesday, the Ambassador of Denmark, Trine Rask Thygesen, stated that Denmark’s energy consumption per GDP-unit is lower than in any other EU country.

The diplomat highlighted this fact during the official launch of the South African National Energy Efficiency Campaign in Cape Town.

Thygesen explained how Danish businesses have reduced their energy consumption by 80% since the 1960s.

“We are doing more or less, which has been possible due to a strong political focus on energy efficiency and energy awareness for many decades,” she said.

Speaking to ESI Africa, Thygesen explained that distribution of water and waste water in South Africa accounts for almost 60% of a municipalities electricity use.

The link between water and energy is encouraging developments in ‘plug ‘n play’ systems, which is currently being piloted in marginalised communities in Kenya, East Africa.

These units require only 20% of the energy utilised by normal water pumps.

According to the Danish firm, Nairobi’s City Water and Sewerage Company is currently installing these dispensers in its water supply networks.

In a company brochure they quote Philip Gichuki, managing director of the Nairobi City Water & Sewerage Company: “By automating water kiosks in informal settlements, we are able to keep the prices low and secure payment for water services provided to consumers.”

Gichuki added: “This will help us address commercial losses due to illegal water use.”

Leading by way of example in SA

“As an ambassador, I believe strongly in the principle of leading by example. At our embassy in Pretoria we have installed water-meters from the Danish company Kamstrup. In a matter of days, we have managed to reduce our water consumption to only 10% of the previous – which also leads to a substantial energy saving,” Thygesen said.

The Ambassador was optimistic that an initiative such as the South African National Energy Efficiency campaign could considerably help in tackling the country’s water and energy crisis. 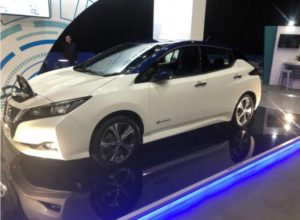