Zibulo Colliery in Mpumalanga, South Africa, has commissioned a custom-built E-House, which offers a cost effective alternative to building a brick and mortar substation.

The final dimensions for the E-House are a height of 2.3 metres, a length of 8.5 metres and a width of 3.5 metres.

The structure, designed by electrical engineering company Shaw Controls was specifically designed for underground application in a coal mine, which has unique parameters taking precedence.

These parameters included underground height restrictions, which meant that the structure had to be lower than usual, but would still be able to accommodate all necessary electrical infrastructure and allow for sufficient headroom for cooling.

This required special design work on both the motor control centre (MCC) and the variable speed drive (VSD) to ensure safe operation at 1,000 volts.

[quote]Operation in a coal mining application brings with it additional specifications and these were met by equipping the E-House with a fire detection and suppression system.

The E-House is the prime power centre for an underground trunk belt conveyor, which is driven by three 400 kW WEG 1000 Volt motors. The conveyor belt with a width of 1.8 metres belt speed of 4.9 metres per second has been designed to transport 4,800 tph.

The complete E-House including the base, cladding (side walls and roof) and all internal electrical equipment was designed and manufactured at Shaw Controls’ facility in Johannesburg.

The system was integrated internally at the factory and the complete solution, load tested in the factory environment to prove its functionality prior to installation underground.

Bevan Richards, COO of Shaw Controls, says that to facilitate the load testing requirement of such a large kW power load, a third party test facility was used. Shaw Controls was responsible for the co-ordination of the connection of an 11 kV power centre, the E-House and the water cooling skid and VSDs at the test centre. 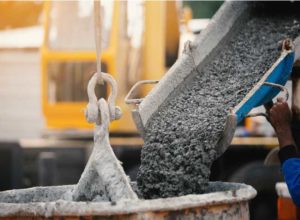