19 April 2012 – The US and the EU plan to coordinate the development of smart grid standards, if financial frugality can be overcome, according to a new report by business intelligence group GBI Research. Its report states that the US plans to implement smart grid technology to reduce the national energy demand by 20%, improve system efficiency by 40% and incorporate 20% renewable sources into the total electricity capacity by 2030. However, these impressive aims may not be met if plans fail as a result of the global recession.

In 2011, the US commerce department’s National Institute of Standards and Technology (NIST) and the EU’s Smart Grid Coordination Group (SG-CG) agreed to collaborate on smart grid standards development, joining smart grid standards between the two continents to ensure that smart grid devices and systems can be used together globally.

However, the economic crisis in the US may negatively impact upon smart grid development. The US’s sovereign credit rating was reduced by the Standard and Poor’s rating agency last year from AAA to AA+, which will affect government loans from the World Bank or International Monetary Fund (IMF). High levels of interest will be demanded until economic stability returns to improve the US’s credit rating. Long-term borrowing will therefore prove difficult, and a lack of investments required for power infrastructure may lead to risks of delays and even discontinuation.

Successful smart grid pilot projects are hoped to encourage future investments. Various ventures have been initiated in segments such as cabling technologies, sensing and measurement technologies, and customer interface technologies, in order to aid the development of smart grid. The US first showcased smart grid as a solution for energy issues, and other countries, including Brazil and India, are looking to the US before initiating their own smart grid deployment.

The upgrading of power systems is a long-term process, and will require significant investment from private and government sectors. If such investment is achieved, the cumulative number of units installed in the US smart meter market is expected to grow from 13.47 million units in 2010 to 74.38 million units in 2020. 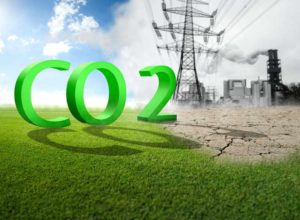