15 August 2012 – The public must learn to love battery electric vehicles (BEVs) if emission-free cars are to succeed in the transport market, states a report by energy expert GlobalData.

BEVs have been around since 1902, when Wood’s Electric Phaeton was introduced, but the initiation of mass-produced internal combustion engine (ICE) vehicles in the 1920’s led BEV demand to decline. However, the oil crises of the 1970s renewed interest in BEVs, and now environmental concerns are again reawakening our interest in this clean technology. However, not everyone is convinced of its benefits.

BEV adoption will peak when consumers are satisfied with their driving experience, and low consumer awareness is proving a major challenge for the current market. The introduction of extensive BEV demonstration programs and opportunities for test-drives could give consumers the opportunity to gain practical experience of driving a BEV. This will subsequently increase awareness, encouraging the purchase of an energy efficient vehicle and helping to remove any misconceptions. Government supported demonstration programs have already been announced in countries such as the US, Canada, the UK and Germany, and it is hoped that improving the consumer perception of BEVs will facilitate greater adoption across the globe.

However, BEVs are still widely considered secondary vehicles to ICE vehicles, due to factors such as range limitation, occupancy levels and the poor current choice of BEV models. Although a number of automobile manufacturers are looking to enter the market, the market currently contains only a few, most with limited seating capacities which make them unsuitable for family use. Present BEV models can only travel short distances on a single charge, and the acute shortage of charging infrastructure has created uncertainty over their suitability for long-distance or more extensive use. All of these reasons have led potential buyers to question whether a BEV is suitable for meeting their primary transport needs.

Government support is currently the biggest driver of growth in the BEV market, and is expected to remain so during the forecast period in the absence of significant consumer demand. The level of awareness surrounding EVs is low, and government support in terms of financial and non-financial incentives has become necessary to generate awareness. Consumer demand will drive the market once restraints such as prohibitive price, lack of awareness and lack of infrastructure are eliminated. Although initiatives are being implemented globally, it is unlikely that consumer demand will replace government support as the force behind BEV growth during this decade. 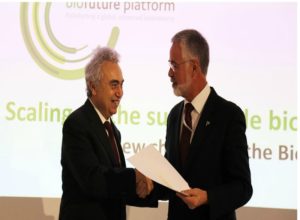