2 November 2012 – In a stunning turnaround, US and international manufacturers are building new plants in the US due to America’s low energy costs and near-limitless domestic reserves, says Elliott Gue in Energy & Income Advisor. Since China must import much of its energy, manufacturing costs there continue to escalate. Meanwhile, the US looks cheap to manufacturers that are building energy-efficient plants fired by that country’s low-cost natural gas.

Recent shale oil and gas discoveries in the US have sent natural gas prices to the floor, while natural gas costs in countries around the globe are up to three times higher. Manufacturers are waking up to the fact that US energy production costs are now lower than anywhere else.

After years of shifting their operations to Asia, Dow Chemical and other multinational chemical producers are building new plants in the US. Mega steelmaker Severstal recently expanded its Mississippi and Michigan plants and Airbus unveiled plans for a giant new factory in Alabama.

This new American manufacturing renaissance will be fuelled by the on-going development of domestic shale plays, which, according to estimates from the Energy Information Administration, could contain up to 862 trillion cubic feet of recoverable natural gas.

It is projected that lower US energy costs could save manufacturers as much as US$12 billion in the next 10 to 12 years and create as many as a million jobs in 12 years. 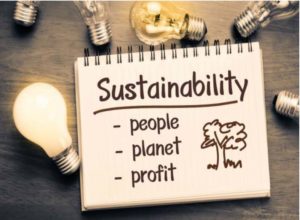 DEWA recognised for its commitment to reducing greenhouse emissions