Afrox, which is part of the global Linde group, has taken steps to reduce electricity consumption, including participation in Eskom’s programme to take some of its sites such as Kuils River off-line during national peak electricity demand periods. Afrox, in terms of an agreement with Eskom, is seeing R20 million being invested in bulk storage facilities at Kuils River and at Pietermaritzburg in KwaZulu-Natal. This will enable the two plants to run to capacity during off-peak periods when power is cheaper, and to store product for use when Eskom requests power consumption reductions.

As the company’s air separation units consume almost 80% of all Afrox’s electricity uptake, efficiencies gained through global best practice, whereby most of these units are run remotely from the UK, has seen a significant reduction in power consumption.

Afrox’s Pietermaritzburg air separation unit was to be remotely run from early 2012. It will be joined by the company’s Pretoria air separation unit once construction of the R200 million 200 tonne a day plant has been completed towards the end of 2012. Technical improvements and efficient operations of the new Pretoria plant will see power consumption reduced by six megawatts. 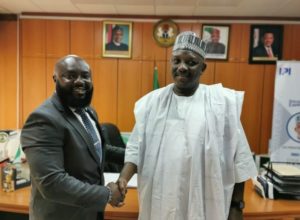