Actividades de Construccion y Servicios SA, Spain’s largest builder, is in line to win a contract for a solar-thermal power plant in Egypt as the African nation seeks to meet energy demand without adding to emissions.

ACS’s renewable-energy unit, Cobra, is in talks with Egyptian officials on building a generator of as much as 100 megawatts, Maged al-Sherbiny, Egypt’s assistant minister for scientific research, said May 11. The plant may be the first in a series if Egypt can raise enough private investment, he said.

Egypt is seeking funds for renewable-energy projects from the World Bank and the European Union as well as private investors. The desert nation, which borders Israel, shares the EU’s goal of generating 20 percent of its energy from renewables and cutting emissions by the same amount within 10 years.

“We have a special relationship with Cobra,” al-Sherbiny said in an interview in Valencia, Spain, where officials from the EU and North Africa met this week to discuss plans to power European industry with solar energy generated in the Sahara. Solar-thermal plants in the hottest deserts of Africa, the U.S. and Australia may provide 10 percent of the world’s energy needs by 2050, the International Energy Agency said at the meeting.

Egypt is aiming to increase its wind-power capacity to 7,200 megawatts by 2020 from 400 megawatts.

The government has offered Madrid-based ACS a 25-year fixed price for its solar power, use of the generator site for 99 years and tax breaks on construction materials, al-Sherbiny said.

Those assurances may carry less weight with solar developers after Spain’s government threatened to cut the price paid to producers of solar power. Solar industry executives, including Renovalia Energy SA Chairman Juan Domingo Ortega, said they had understood those prices were guaranteed for 25 years.

“We’d be very cautious with the legal framework” for a deal in Egypt, Cobra Managing Director Antonio Gomez said. “Look what’s happening to us here with renewable tariffs.” 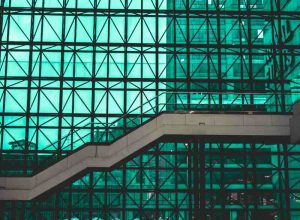