South African power utility Eskom, released a statement cautioning users to refrain from tampering with electric meters as it is both dangerous and illegal.

Eskom informed its customers that moving an electricity meter from its original place is illegal, unsafe and considered vandalism, as the meters belong to the utility. The statement urged customers to always contact an Eskom office should they wish to move their meters.

Have you read?
AFD and Eskom commit to a competitive electricity sector

Electricity meters can only be moved by Eskom or its approved contractors. Movement of meters, if not done correctly and according to specifications by a competent supplier, creates unsafe conditions for the people that live in the household and neighbourhood. This includes wires and extensions that are connected from a house with electricity supply to another building/house.

As an example, if a new house is built next to an existing dwelling, the electricity connection needs to be installed by an official person. Conditions of unsafe and illegal connections are known to result in members of the public, especially children, being electrocuted.

Eskom must also be informed if members of the public abandon houses, as meter theft is known to result in unsafe conditions, such as exposed live wires.

Customers that want to apply for new connections after building a bigger house than the original one must note that the supply may need to be upgraded, which comes at a cost to the customer.

The state-owed utility appealed to the public to contact Eskom on 0860 037 566 or their local municipality should a meter need to be moved or removed. The same number can be used to apply for connection to a new or existing house or to remove supply if it is no longer needed.

Members of the public should also note that payments for moving meters must be made into the Eskom bank account. No payments should be made directly to technicians or individuals pretending to be Eskom representatives. This is important because certain people pretend to be Eskom Officials or Technicians and connect customers illegally or move meters illegally and ask to be paid in cash. 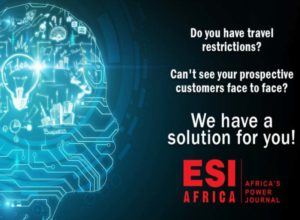