The Zimbabwe Power Company (ZPC) has reached a milestone on the Kariba South extension project.

The Herald reported that this week, the power utility will be conducting an around the clock seven-day test run for unit number 8 of the Kariba South hydropower extension project.

Unit 8 will undergo a mandatory around the clock seven-day test run from the 27th of February 2018 to monitor its performance and functionality before it is commissioned and declared commercially available.

The test-run is one of many technical and contractual requirements ZPC stipulated as quality monitoring and control measures, before the machines can be accepted from Sinohydro of China as complete project deliverables.

“Progress of work on the project, which officially commenced on 10 November 2014 stands at 98%, and in the week before the scheduled 40 months duration for completion, the second and final generating unit 8 will be commissioned and declared commercially available.

“The first of the two generating units [Number 7] was commissioned in December last year, and has since been smoothly producing 150MW,” ZPC said. Read more…

ZPC acting managing director, Engineer Joshua Chirikutsi, emphasised that: “The project is 98% complete and is set to be completed by the planned date of 10 March this year.”

Media highlighted that the new units will increase the power station’s generation capacity by 300MW to 1,050MW thereby reducing the power deficit.

Zimbabwe has a daily power deficit of between 300MW and 600MW and spends between $7 million and $10 million a week on power imports from Eskom of South Africa and Hydro Cahora Bassa of Mozambique. 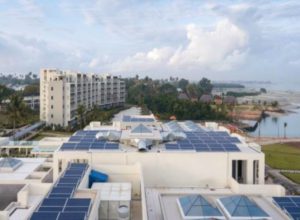