The Zimbabwe Reconstruction Fund (ZIMREF) has received an additional £3 million ($4.2 million) from the UK’s Department for International Development (DFID) to help strengthen the country’s policy frameworks and delivery systems.

The funds are in addition to the initial DFID contribution of £6 million ($8.4 million) to the Trust Fund in 2015.

Since its launch in 2015, ZIMREF has recorded significant progress against its stated goals of enabling stabilisation and reform (through legislative and administrative reforms), development and poverty alleviation.

According to the World Bank, ZIMREF has aided seven pieces of legislation to ascend into law to improve the ease of doing business and modernise public procurement.

“We are pleased to be committing a further £3 million of UK support to ZIMREF. This will enable the World Bank to scale up technical advice to the government of Zimbabwe as it takes forward its economic reform commitments to ensure economic recovery and a more prosperous future for all Zimbabweans,” said Annabel Gerry, head of DFID Zimbabwe.

ZIMREF is a World Bank-administered multi-donor trust fund that has received financial contributions and commitments from the governments of Denmark, Norway, Sweden, Switzerland, the United Kingdom (from DFID), in addition to the European Union and the World Bank’s State and Peace Building Fund.

“We are grateful for the sustained support from DFID as this enables the Trust Fund to complete important work, such as PICES, said Mukami Kariuki, World Bank Country Manager in Zimbabwe.

“It will be useful for tracking progress toward the elimination of extreme poverty and for achievement of other social development goals,” Kariuki added. 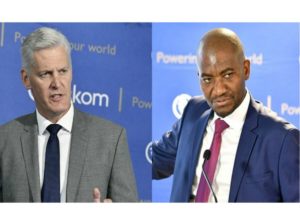