Times of Zambia reported that CDC has pushed in a bid to acquire a majority stake in the power utility with a capital injection of $380 million.

Special assistant for press and public relations to President Edgar Lungu, Amos Chanda confirmed this to the media over the weekend.

He said the CDC bid was intended to enhance the institutional capacity of CEC and that CEC, Zesco and the Ministry of Energy had made headway in negotiations on the bulk supply agreement prior to cabinet approval.

Chanda highlighted that the impending CDC investment is a sign of huge investor confidence by the international community in the social and economic governance of the country.

He said the planned takeover of CEC is essential to improving the firm’s operational capacity in the electricity sub-sector.

“Since the President took office in 2015, the country has recorded foreign direct investments in excess of $5 billion in the major sectors of the economy; energy being one of them. This just shows you how much investor confidence the country continues to enjoy,” Chanda noted.

Meanwhile, CDC head of Infrastructure, Sameh Shenouda stated that CDC’s bid for CEC would increase both renewable power generation in Zambia and the growth of regional power trading.

Shenouda said, “CEC is one of Zambia’s leading companies, but we believe it has much more to offer. Under CDC and AP Moeller’s ownership it is planned that CEC will bring an additional 150MW of renewable generation to the Zambian network and increase the amount of much-needed power available. Our proposal has the support of the Zambian government who recognise the long-term, positive role that CDC has played in the economic development of the country.” 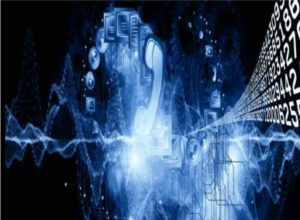