The Copperbelt Energy Corporation (CEC) is urging Zambia to implement the planned migration to cost-reflective electricity tariffs on a case by case basis because production costs vary.

The southern African country plans to introduce electricity tariffs that reflect the cost of production by the end of 2018, a move that could increase costs for economically vital mining companies currently paying a flat price.

“CEC’s position is that depending on the project that you are bringing, we have to look at it on a case by case basis,” said Nyirenda.

The engineering, procurement and financing of electricity projects should determine the tariffs for particular projects, he added.

The government last year implemented the first phase by raising the price of electricity to a flat tariff of $9.30 cents/kWh.

Zambia launched an industry-wide cost of service study, which would determine subsequent tariff adjustments to be made, whose findings would be announced in September. Read more: Electricity cost to be determined through study

Nyirenda said the study is an important tool to indicate where the tariffs should be.

“For projects that are already operational and fully depreciated the cost of power from those is much lower,” he said.

On the other hand, First Quantum Minerals head of government relations, John Gladston underlined that the existing tariffs are higher than they should be and are discouraging investment.

“The current Zesco tariffs fully disincentivise this as they are unconscionably high,” Gladston said, referring to the tariff charged by the state-owned power firm. 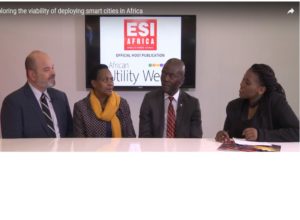