The Madagascar Electricity Sector Operations and Governance Improvement Project (EGOSIP) will help ensure full implementation of the Performance Improvement Plan of the national power utility, JIRAMA, that has been prepared in 2016, in particular, the organisational restructuring of the company.

This project will also finance the upgrade of JIRAMA’s dispatch centre and network automation systems and rehabilitation and reinforcement of distribution networks, in order to improve quality in electricity supply and allow the integration of variable renewable energy generation. Read more: Madagascar joins Scaling Solar scheme with added energy storage

“Although Madagascar has made encouraging progress in improving the country’s power sector performance in recent months, efforts to enhance the financial and operational performance of JIRAMA and to transition to renewable energy need to be consolidated and scaled up,” said Coralie Gevers, World Bank country manager for Madagascar.

“The Government has shown commitment to transform the public electricity utility JIRAMA. We are equally committed to accompanying them. This project is a vital building block of the World Bank’s long-term engagement to address the sector’s challenges in a holistic manner,” Gevers added.

Madagascar’s social and economic development continues to be constrained by the lack of reliable electricity services.

Madagascar continues to perform poorly on the Doing Business Report 2017’s ‘Getting Electricity’ indicator, ranking 185 out of 190 countries, with applicants waiting an average of 450 days to get an electricity connection.

The investments would allow JIRAMA to reinforce transmission and distribution networks not only to reduce technical losses, but also to support the implementation of the national electrification strategy via grid densification to increase electricity access rate in the country.

Moreover, preparatory studies and technical assistance will be provided for the development of priority small hydropower projects to reduce generation costs.

“Strengthening the operational and financial performances of JIRAMA is at the heart of sustainable development of the power sector – to scale-up electrification and enable private investments as a reliable off-taker. There are also now significant opportunities to transition to a lower carbon path and to improve the financial viability of the sector in a sustainable manner,” said Vonjy Rakotondramanana, World Bank Task Team Leader for the operation. 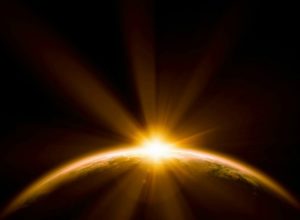 Mali: Solar forecasting for energy stability at mine