As the mining sector continuously strives to meet its growing energy demand and at the same time limit CO₂ emissions with cleaner-burning alternative energy sources, why is it that only 4% of South Africa’s total energy is sourced from natural gas?

Electricity consumption, and the cost thereof, has become a large contributor to operating costs in mining in South Africa.

The need to reduce electricity consumption of high power demand systems is identified as a means to increase mining profits and the environmental impact thereof.

But, why are so many of the large energy users like the mining sector still not making use of natural gas?

Natural gas is the cleanest-burning hydrocarbon, producing around half the carbon dioxide (CO₂) and just one tenth of the air pollutants of coal when burnt to generate electricity.

It is abundant – available figures show that if global consumption remained at today’s levels, there would be enough recoverable gas resources to last around 230 years.

It is also a versatile solution. A gas-fired power station takes much less time to start and stop than a coal-fired plant.

This flexibility makes natural gas a good partner to renewable energy sources like solar and wind power, which are only available when the sun shines and the wind blows.

Laetitia Jansen van Vuuren, technologies product engineer at Energas Technologies, reasons that in South Africa, electricity from the grid used to be cheap and dependable, but times have changed.

Mines cannot afford downtime as no power means no production. The rate per kWh is also significantly more when the demand and network charge is added to the overall consumed cost – in effect doubling the R/kWh cost and bill.

“Let’s look at an example: if a small-scale mining operation uses 60 500 kWh for a certain period, and the rate is R1.26/kWh, the total consumed cost is R76 230. However, once the demand and network charge is added to the energy cost, the total bill is R135 500. The effective rate for power consumed is therefore almost doubled to R2.24/kWh when additional costs are factored in.

When looking at these figures, natural gas as an alternative energy source becomes much more attractive.

Another upside is that it is also not prone to the constant price fluctuations seen in crude oil products, while it has a much cleaner carbon footprint compared with coal.

When the sun isn’t shining, or the wind isn’t blowing gas remains reliable.

Another advantage of natural gas is the safety aspect; it is lighter than air and will evaporate into the atmosphere if a leak occurs compared to LPG that is heavier and more likely to accumulate on ground level and ignite.

Natural gas has the potential of replacing electricity as the primary energy source for industrial users. Heating (hot water, air or steam) is often the highest energy requirement in processes, and if done with natural gas, it can reduce the power required significantly.

The rest of the power requirements can be supplied by a gas generator to ensure no power interruptions or production losses.

With Eskom’s reliability of supply issues and the predicted load shedding reality, gas will be a major consideration for mines.

Where the pipeline is not in close enough proximity to Sasol’s natural gas pipeline, CNG (compressed natural gas) is a good alternative if the client is within a 200 km radius from a CNG supply station.

The conversion stations and trailers required can be rented or procured form the CNG supplier.

“A continuous discussion point is the availability of natural gas and also the guaranteed supply in South Africa. No one wants to make a large capital investment without the security of supply.

To respond to the first concern, yes, South Africa does not have an oversupply of gas available, but there is still gas available based on a first come first serve basis,” says Jansen van Vuuren.

The development of South Africa’s Gas to Power IPP programme and Gas Utilisation Master Plan (GUMP) has been happening for the past few years. A framework and plan for the strategic development of natural gas demand and supply in South Africa are in great need.

Sasol is the sole importer of natural gas from Mozambique along the 865 km ROMPCO pipeline. The majority of the gas is used by Sasol’s internal operations and the rest distributed to Gauteng, Free State, Mpumalanga and KZN.

In 2013 the total natural gas supply in South Africa was approximately 186 PJ (91% from Mozambique and 9% from Sasol Secunda’s plant).

Jansen van Vuuren says construction of ROMPCO Loopline 1 and 2 has further increased the supply to about 220 PJ per annum.

“However, if one looks at South Africa’s total gas consumption, it is equivalent to a single medium-sized LNG terminal. Compared to other countries like Spain with a similar energy requirement, we are using 7-8 times less natural gas,” says Jansen van Vuuren.

Despite the large opportunity of natural gas to improve the footprint in South Africa, given the government’s commitment to diversifying the energy mix away from coal, the biggest hurdle is marrying the demand and supply of gas at the same time.

“There have been numerous efforts by the Department of Energy in South Africa to facilitate the construction of our own LNG import facility but no significant progress has been made.

As industry players, we need to dynamically support the drive to increase natural gas supply.

South Africa’s natural gas industry has a lot of growth potential, but we are lagging the rest of the world with natural gas consumption, gas to power generation, domestic and industrial usage, pipeline infrastructure and import facilities,” concludes Jansen van Vuuren. 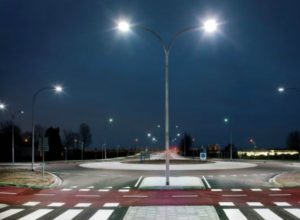