Among the five shortlisted companies is Nyamezela Metering who are vying for The Factory of the Year award, a global benchmarking competition run by A.T. Kearney.

Selected by a jury panel comprising the Department of Trade and Industry, Manufacturing Circle, Council the Scientific and Industrial Research (CSIR) and the Lean Institute Africa.

Read more: Metering must contribute to the global reduction of CO2 footprint – read how!

Here are the selected finalists in alphabetical order:

Since its inception in Germany in 1992, it has become the leading global benchmarking competition for manufacturing firms.

Matsotso Vuso, MD of Nyamezela Metering, said: “This is an affirmation to our management, staff and strategic partners that we are a world-class factory that is manufacturing world-class products. We are honoured to have made the shortlist alongside blue-chip giants in manufacturing.”

Vuso emphasised that this shortlist confirms that black industrialists can benchmark to the best standards and be innovative. “We urge the implementing agencies of government to support the black industrialization initiative. This will impact in uprooting the social ills and creating the much-needed jobs and thus growing our economy.”

He added: “Our factory employs 45 technicians from TVET colleges nationally and the majority of our staff are from the rural areas. The real winners today, are these technicians together with the support staff at Nyamezela.”

High standards for Factory of the Year award winner

According to Igor Hulak, Partner at A.T. Kearney, the Factory of the Year Award is recognised as the toughest benchmarking test for companies based on standards and best practices from over 2,000 factories across all industries and over 30 countries.

Hulak adds: “Today’s globalised world presents a challenge for all manufacturing operations. To successfully sustain and grow production, achieving and maintaining world-class excellence in manufacturing is a top priority. Factory of the Year aims to identify and reward world-class performance and provides all participants with a confidential evaluation of their competitive position as part of our assessment of all finalists.”

Theo Sibiya, managing director of A.T. Kearney South Africa, further emphasised: “From a local perspective, the South African manufacturing sector’s contribution to GDP has declined significantly from highs of above 22% in the early 1990s to approximately 12% today. This has had a negative effect on the country’s development agenda.”

Since 1992, hundreds of factories have participated and benefited from the independent, cross-industry feedback that comes with the benchmark. It has enabled them to analyse their strengths and weaknesses and initiate spot-on improvements.

“Factory of the Year competition is an important initiative aimed at promoting the competitiveness of the local manufacturing sector and its importance to the South African economy, and it’s a great way for organisations to identify and drive improvements needed to deliver competitiveness both locally and globally,” concluded Sibiya.

The winner will be announced at an awards ceremony in Sandton, South Africa on 26 June. 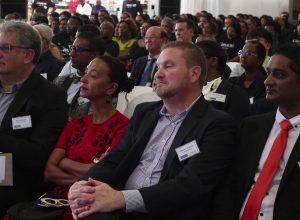