The global Liquefied Natural Gas (LNG) market is anticipated to reach $19.73 billion by 2026 according to a new study published by Kenneth Research.

Global demand for natural gas has risen significantly and has experienced a premium annual growth of 1.6% between 2015 to 2040.

The World Gas Model has scheduled production dependent on the lowest cost, accounting for the transportation to market through LNG or pipeline as well as the of production that are subject to contractual obligations.

Worldwide LNG capacity has increased by 50% from 2015 to 2020, with several new projects currently under construction and ready to enter service influencing the LNG market.

Moreover, another wave of upcoming LNG projects i planned between 2024 to 2030 and the third part from 2035 onwards.

According to the study, the US has been a significant player in increasing demand for this product, with anticipation of hosting six projects up to 2020.

Canada is also expected to launch three installation projects for liquefaction all of them in the Pacific coast, two after 2020 and one in 2035.

Africa is also expected to play an important role in increasing demand for LNG directly increasing the LNG market.

New liquefaction capacities are planned for set up in Cameroon, Angola, Mozambique, Equatorial Guinea and Tanzania by 2025.

An offline capacity is projected to re-enter into services by 2023.

Power generation industry has been one of the major demands creating sectors in the recent past with several technology developments for using LNG as fuel.

Industrial and mining markets have been yet another potential application sectors in this market.

The transportation sector including heavy-duty vehicles, ships and rail, are all great sources of LNG applications.

The study noted that LNG offers the perfect opportunity for the maximum economic transportation and storage of natural gas.

As the volume of LNG is 600 times smaller than the natural gas state it can be more efficiently transported over long distances. Hence, with such advantages, application segments of the product have been increasing significantly and are projected to continue the growth of the market over the forecast period. 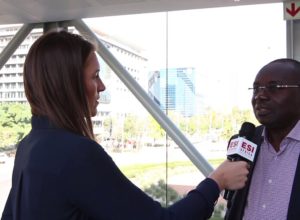 Ghana: Exclusive interview with the CEO of ECG