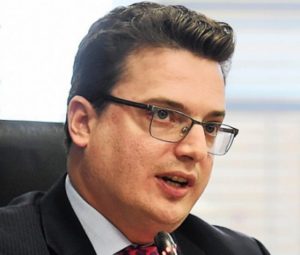 By Craig Kesson, executive director for corporate services as well as chief data officer and chief resilience officer for the City of Cape Town.

The 21st century has brought a new range of urban challenges, compelling cities to become more resilient to the shocks and stresses which they face.

Data in all its components – collection, analysis, integration, and publication – forms an integral component of resilience building efforts and of decision making on the whole.

To explore this further, the City of Cape Town recently participated in a ‘CoLab’ hosted by New York City in partnership with 100 Resilient Cities.

Urban resilience can be defined as the capacity of a city and its systems to survive, adapt, and grow no matter what kinds of chronic stresses or acute shocks they experience.

Shocks can be seen as emergencies or disasters that happen over a short space of time but have a dramatic and sudden impact, such as a fire.

Stresses are longer term pressures placing a strain on societies, like a long-term drought.

The combination of these create complex conditions for cities to operate in – at the level of government, business, civil society, academia, or of individuals and families.

Navigating this complexity is part of the resilience challenge. Cities do not need to merely learn how to respond to shocks and stresses; they need to know and understand how to adapt effectively to anticipated risks and seek out the potential for maximising benefits in their responses.

It is not, for example, a separate exercise to plan for an emergency response to fires and to build separate waterways for water extraction in drought conditions; rather, a resilience dividend could be created if infrastructure departments plan for better roads that allow for both emergency fire vehicle access and effective water management.

Building resilience in the age of data

The City of Cape Town’s journey to become more resilient began over two years ago. We have partnered with 100 Resilient Cities, a global network of cities who are pioneering this new approach to the future.

With their guidance, Cape Town’s resilience team has engaged with thousands of stakeholders in pinpointing our resilience challenges; they range from those we might have expected, from social cohesion to unemployment, to those we did not expect, like social trauma and cyber-attack.

Underpinning all of these is a common theme of needing more data and of better quality. Read more: “App” for the challenge: City of Cape Town goes smarter with utility systems

In 2018, it is almost trite to say that data is changing the way that we live our lives, interact with each other, and define what it means to have individual privacy.

Decades in the making, these changes have accelerated in recent years thanks to advances in technology and computing that have unlocked the capabilities of data in new ways.

Using the predictive power of data, we can model challenges crossing municipal and national boundaries, like the dramatic consequences of climate change by 2050 and the dire risks of inaction.

New technologies are just as valuable in city management. Thanks to the Internet of Things, motion sensors at traffic lights can monitor and regulate traffic.

Imagery from drones can provide live footage of movement patterns across the urban form of the city, informing future spatial planning decisions.

All of these data sets are useful in and of themselves and can be used to enhance management techniques. But by combining them and applying deep analytical rigour to their interconnections, we can create a much richer picture of the city and its complexities – ultimately serving to help city decision-makers, and citizens, understand the dynamics of their urban spaces better.

The potential for data as an empowering tool was a theme at the recent CoLab held at New York City’s data and IT hub in Brooklyn.

It brought together representatives from all over the world, including San Francisco, New York, Greater Manchester, and Cape Town to share our experiences and insights into the transformative potential of data.

By the end of the experience, we had created a shared platform for navigating and using city data that can be adapted for use in cities worldwide.

One of the key outcomes that we will be implementing in Cape Town is a risk-based audit of legacy (or outdated) data systems that rapidly need to modernise – the failure of which would severely compromise city operations.

By quantifying the risk of system collapse, these audits would be creating a business case for data modernisation.

The City of Cape Town has prioritised the use of data in our city management structures, confronting the realities of dynamic conditions of informality in the developing world.

As we head further into this new era, building resilience will mean adapting to changing conditions and that the actions we implement are to the benefit of all Capetonians. 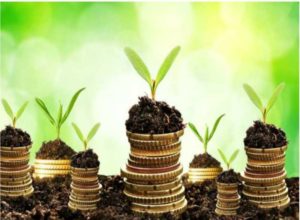