A unique cryptocurrency titled Cred with CX has arrived introducing a mobile mining app with the futuristic mission to support green energy.

Credits.Energy explained that the launch of Cred ushers in a new record in the cryptocurrency space by enabling the investors to invest not just to enhance their profile – but also to proactively contribute towards a greater good.

The latest cryptocurrency is dedicated to support sustainable projects like solar and wind energy operations.

Cred is presently in its pre-ICO stage. The Pre-ICO price is: 200 Cred= 1 USD

The Credits Cryptocurrency and Platform App utilises mobile mining technology. Users will have the facility to opt in or out as per their preferences while mining Cred, the statement noted.

“They can even choose the mining power such as High, Medium or Low. Moreover, the Credits App boasts of an intuitive interface to make sending, buying and receiving Cred easier than ever.

“Purchase and usage of Cred will support renewable energy and sustainable projects to support our planet Earth,” stated the company statement.

Luke Ingraham, certified blockchain expert and founder of Credits.Energy, commented: “I had been dealing with Bitcoin since its inception. Then, suddenly, one day it occurred to me that although the cryptocurrency world is expanding at a fast pace- yet we still don’t have a ‘crypto with a purpose’.

“With global warming raising serious issues today, we urgently need something to save the world.” Read more: Governments explore blockchain for national currency

Ingraham continued: “Such ethos inspired me to come up with a cryptocurrency that can support green energy and make the world a better place to live in. Additionally, I wanted something that will be more comprehensible as well as quicker and fun to share. Thus, Cred was born.”

Speaking further, Luke stressed that the platform has been developed to solve a number of problems that are currently happening today with Bitcoin such as:

“Cred uses a decentralised blockchain which enables participants to keep tab on their cred transactions- without the worries of centralised monitoring. Moreover, for additional safety, we use the cutting edge CryptoNight algorithm that is extra anonymous outside of our platform for optimum security,” the company stated.

The new cryptocurrency has already developed its app for Android users and an Apple app is in the making. Windows and Mac wallets are on the radar as well. 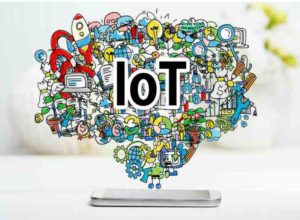 IoT in your business: opportunity or threat?