“Should Eskom be unbundled into generation, transmission and distribution, as is the worldwide practice? That is a debate we are going to have soon,” said public enterprises minister Pravin Gordhan on Tuesday.

Gordhan stressed that the South African government will soon have to discuss whether to split up the state-owned power utility in order to make it financially viable.

According to media reports, the Eskom sustainability task team appointed by President Cyril Ramaphosa, has suggested the power utility be divided into three SOEs responsible for generation, distribution and transmission in what it called a “strategic unbundling”.

It is reported that some of the recommendations by the task team include splitting Eskom into three SEOs, as well as a substantial debt bailout from government.

Eskom is in dire financial straits with R419 billion in debt, which it is unable to service from its own revenue. Read more: Eskom is being handled, says President Ramaphosa

Gordhan highlighted that problems at state-owned companies could not be solved without restructuring.

“We are going to have that debate soon and move beyond debate if we are to have Eskom as a credible entity both financially and operationally in a month’s time,” he said.

“The fiscus doesn’t have space for endless bailouts,” said Gordhan referring to the budget.

Ramaphosa is due to meet the experts this week, and Eskom’s fate will also be debated at a cabinet meeting starting on Wednesday. 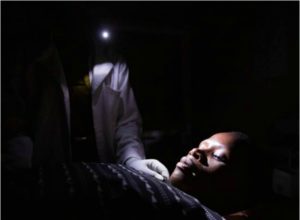