Country pavilions have been the bedrock of the African Utility Week and POWERGEN Africa exhibitions over the years and the 20th edition in November in Cape Town will be no different. Specialised technology and services for the utility sector from countries including Brazil, United States, Canada, India, France, Germany, China, Taiwan, Belgium and Switzerland have so far been confirmed to be displayed at the event.

Business France is a longstanding partner of the event and host of the official French country pavilion.

Business France is a French government agency responsible for promoting France’s companies, business image and nationwide attractiveness as an investment location. The institution helps to develop local partnerships and foster export growth for French companies. Business France also facilitates international investment in France and is active in over 120 countries.

“It is no secret that France and South Africa have enjoyed strong and fruitful partnerships in the energy and water sectors. ENGIE, for example, is the number one IPP in the country, while EDF and Eskom have had a long-standing partnership for the past forty years.”

The Taiwanese pavilion is organised by TAITRA, the Taiwan External Trade Development Council. Founded in 1970, TAITRA is Taiwan’s foremost non-profit trade promoting organisation. Sponsored by the government and industry organisations, TAITRA assists enterprises to expand their global reach. Headquartered in Taipei, TAITRA has a team of 1,300 specialists and operates five local offices in Taiwan as well as 63 branches worldwide.

“We collaborate closely with the Taiwanese government in trade policy implementation,” says George Liu, Director of TAITRA South Africa. “While the new coronavirus is affecting trade and supply chains on a global scale, two areas of the economy have shown a significant growth: one is digital commerce and the other is epidemic prevention products and services. TAITRA recently launched two special showcases featuring Anti-Epidemic and Stay-At-Home Economy solutions via Taiwantrade.com, Taiwan’s largest B2B platform.”

“Green energy development has become a global trend,” says Liu. “We know that the South African government aims to develop renewable energy projects to meet the country’s electricity demand. However, Taiwan’s government is also actively investing in the development of renewable energy. By expanding the domestic demand to support the local supply chain development, our enterprises will be strengthened. This event will be an ideal platform for Taiwanese companies to display their latest solar solutions in many fields.”

Liu says Taiwanese companies see a lot of potential in the South African market: “South Africa is among the world’s top ten hard coal producers and exporters. More than 75% of the electricity produced in the country is derived from coal. A switch to more green energy comes as South Africa faces pressure to meet emissions-reduction targets. The enactment of government policy and the decrease in green energy costs both point to
developing the renewable-energy industry.

“In response to green energy development opportunities, Taiwanese companies have created unparalleled renewable energy solutions by taking a research and development-focused approach. This has been successful as the country now reigns as the world’s second-biggest photovoltaic cell producer. The innovation has made it possible for the production of very light panels for rooftop photovoltaic systems and photovoltaic curtain walls that are environmentally friendly and highly efficient.”

According to the TAITRA South Africa director, “the Taiwan government keeps vigorously promoting the 5+2 industry innovation project, of which ‘green energy technology’ is a critical project related to energy transformation in Taiwan, including wind power and solar photovoltaic. Taiwan currently produces around 2.5 billion kilowatt hours of renewable
energy annually. This number is expected to double in 2025. In response to energy transformation, to achieve stable supply and effective management of energy, it is necessary to introduce technologies such as IoT, smart storage, and smart grid.”

What is TAITRA SA most looking forward to at African Utility Week and POWERGEN Africa in Cape Town in November? “Taiwan is today globally recognised for its technological innovation and superior-quality products and service,” says Liu, adding: “Taiwan’s solar cell production value ranks no.2 in the world and several mega players of Taiwan are strengthening
cooperation and partnership by forming alliances to extend their reach to the downstream of the supply chain. African Utility Week and POWERGEN Africa is a big, successful event, attracting more than 360 exhibitors from 70 countries, and they showcase some of the most advanced products and technologies throughout the 3-day event. We hope to have the opportunity to meet and cooperate with them in the future.” ESI

Do you have innovative and cost effective technology that can help the African utility industry electrify the continent? Contact Loudon Cito on +27 21 700 3564 or loudon.cito@clarionevents.com or go to: www.african-utility-week.com or www.powergenafrica.com 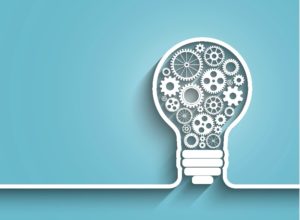