While disclosing the company’s financial status, Eskom started by noting that in the financial year ended March 2020, the group experienced significant operational and financial challenges, resulting in Stage 6 loadshedding during December 2019 and further financial assistance from the government.

The declining energy availability factor resulted in 46 days of loadshedding. Sales declined 1.3% year-on-year. Despite an improved EBITDA of R37 billion, compared to R31.4 billion in 2019, Eskom incurred a net loss after tax of R20.5 billion.

During the year the company raised R50.9 billion in debt, against the target of R46 billion. Furthermore, 64% of the funding requirements for the 2021 financial year have already been secured.

Management have made significant changes to arrest the operational and financial decline.

“We have implemented assertive collection strategies against the largest municipal defaulters, which has resulted in a 17% increase in payment levels from these customers during FY21. This is one of the key areas that require a concerted effort if Eskom is to embark on a sustainable course. Every consumer of electricity needs to pay for what they consume,” said Eskom CEO André de Ruyter.

Operationally, Eskom ramped up its reliability maintenance programme of its ageing fleet of coal-fired power stations in the period, which contributed to loadshedding increasing to 46 days. Coal stockpiles were significantly improved to a normalised average of 50 days, from 36 days the previous year.

“The urgent need to procure coal during the crisis late in 2018 also resulted in higher prices having to be paid to secure supply. The bulk of these expensive short-term contracts have now come to an end, and we expect our coal cost increase for the current financial year to be contained well below inflation,” said De Ruyter.

Among other operational interventions, Eskom says it has also embarked on correcting the design defects that have inhibited the performance of its new power stations. These repairs are planned to be completed in the third quarter of 2021, and would help significantly in increasing available generation capacity.

The company declared to have performed well in this regard, achieving savings of R16.3 billion against a target of R6.2 billion. Eskom has identified total targeted savings of R63 billion by financial 2023, explained the utility’s Chief Financial Officer, Calib Cassim.

“These savings are absolutely critical, particularly in light of the impact of COVID-19, which will no doubt have a negative impact on Eskom’s finance over the next few years. The reality is that our financial results for the 2021 financial year are expected to be similar to FY20, before the fruits of long-term improvements materialise,” said Cassim.

These achievements occurred alongside Eskom’s continued efforts to improve transformation and inclusivity in its procurement spend. This year the company achieved a B-BBEE attributable spend of R102 billion, compared to R85 billion in 2019.

Over the years the utility has acquired a substantial amount of property, and is now in the process of disposing those as they are non-essential to operations. In this regard Eskom says it is working closely with the department of Human Settlements to ensure that landless people are afforded the opportunity to benefit from the sale of properties.

Focus on property disposals has already released some cash back to the business, a strategy which is part of unlocking cash from non-core assets.

Unpacking the financial performance, Cassim noted there was an improvement in Eskom’s financial position owing to government equity support of R49 billion during the year and R56 billion allocated to FY2021.

Cassim indicated that cash from operations is insufficient to service Eskom’s debt commitments and therefore the support from Government was necessary. But the company cannot rely on government support for survival, said Cassim.

Cost savings alone will not result in Eskom achieving long-term financial sustainability, tariffs have to migrate towards cost reflectivity.

“In order to address our unsustainable legacy debt, we either have to rely on bail-outs funded by the tax-payer, or improve our financial situation by NERSA allowing Eskom to charge cost-reflective tariffs. Paying heed to the Minister of Finance’s Medium Term Budget Policy Statement, we believe the latter is best for Eskom and South Africa,” concluded De Ruyter. 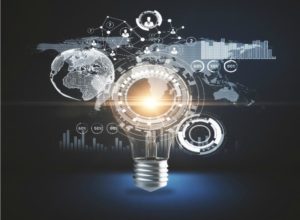 Initiate! | connecting all levels of the smart energy community