The interim executive chairman at Eskom, Jabu Mabuza, has confirmed that the process of appointing a new chief executive officer is well underway.

“We are on course to meet our timelines and we have closed adverts,” Mabuza said at a media briefing on the state of the system. Interviews for the top job are scheduled to begin today [Monday, 09 September].

Mabuza stated that they hope to go to the board on 16 September to present the three names that they want to recommend to the Minister [of Public Enterprises].

“So by 30 September, we would have given the Minister the three names,” he said.

The appointment of Mabuza as interim CEO has provoked many questions, particularly from a governance point of view.

In this regard, Parmi Natesan, CEO of the Institute of Directors in Southern Africa cited Principle 10 of King IV on corporate governance, which states that: “The governing body should ensure that the appointment of, and delegation to, management contribute to role clarity and the effective exercise of authority and responsibilities.”

Natesan noted: “King is clear that the roles of the CEO and Chair are quite distinct, and that good governance requires them to be kept rigorously separate.”

He added: “The Chair leads the Board in exercising oversight over management, and should be independent, while the CEO leads the management team. The CEO and his or her team are accountable to the board, and this separation of powers is vital to ensure the necessary checks and balances are in place.”

Mabuza, who assumed the role of group chief executive officer of the power utility on 1 August, assured South Africans that he will be stepping down after three months – as agreed.

“I am also on course not to be here on 1 November. That is cast in stone,” said Mabuza. 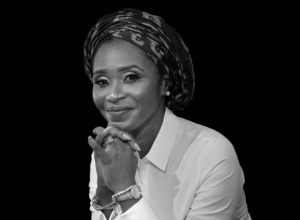