A tender seeking an engineering company for a planned 32MW solar plant in Chad has been published by UK-based Private Infrastructure Development Group (PIDG) and French company Smart Energies International.

The planned power plant marks the first phase of a 60MW scheme 30km north of the capital, N’Djamena.

Contractors have until 31 July to submit proposals for the tender.

The Chadian solar plant is the first phase of the 60MW Djermaya Solar project being developed by the Aldwych Africa Developments unit of UK-based InfraCo Africa – itself part of PIDG – and French renewables developer Smart Energies International.

Development of the project will be phased to gradually integrate renewable power into Chad’s national grid. The project is under a 25-year power purchase agreement (PPA) with the Société Nationale d’Electricité (SNE), Chad’s national utility company.

Following the transfer of the interconnection infrastructure, the project’s O&M contractor will provide O&M services on the BESS for the utility.

The project will be the first privately owned utility-scale renewable energy project in Chad and will play a leading role in achieving the country’s national development goals, liberalising the energy sector, mobilising private investment, and promoting the development of renewable energy.

The African Development Bank is backing the project with an €18 million loan and partial risk guarantee.

It is estimated only 6.4% of the Chadian population has access to reliable electricity and the nation had only 1MW of solar generation capacity at the end of last year, according to IRENA figures.

The US Agency for International Development estimates the landlocked country has just 125MW of total power generation capacity, with most of it diesel and heavy fuel oil which primarily serves N’Djamena. 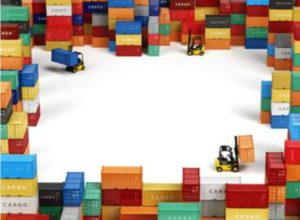